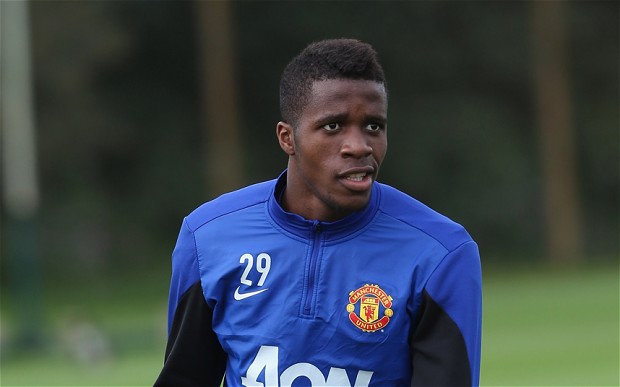 With the ever-growing speculation that Zaha will be shipped out on loan this weekend, and the baby faced assassin’s Cardiff City looking like the current favourites, I can only conclude that this will do him a world of good.

Many optimistic fans lauded Zaha after watching him in a couple of games for Crystal Palace last season, but he has failed to make an impact in the first team this season under David Moyes. Hopefully, some regular first team football could revitalize him – the opportunity for regular games in any Premier League team can provide invaluable experience for a young player. Just look at how Welbeck and Evans developed at Sunderland, and how Cleverley improved at Wigan.

Although Zaha might appear despondent due to his inability to get into the team, and having been largely overshadowed by Januzaj, this presents a great opportunity for him to prove his worth, and prove the doubters wrong. A big price tag can put a lot of pressure on a young player, but hopefully Zaha will come through this stronger.

6 months ago, he was ripping up the Championship and dragged Crystal Palace almost single-handedly into the Premier League, but that must seem like a long time ago for him now. Whatever the rest of this season holds in store, he needs to get his head down, work hard, live sensibly, and show why Fergie and United pinpointed him as a player who could do big things in the future.

The impending move to Cardiff City would be ideal for all parties involved. Hopefully, Zaha can regain match fitness and confidence playing in a Premier League team every week, whilst Cardiff will be getting a potentially very talented young player. And no one loves United like Ole, so working under his tutelage can only be a good thing for Zaha and United in the long run.

If Zaha views this loan as a catalyst for re-launching his footballing career, and his future at Manchester United, then I am in no doubt that at the end of the season, he will come back stronger, more confident, and hungrier than ever for success.