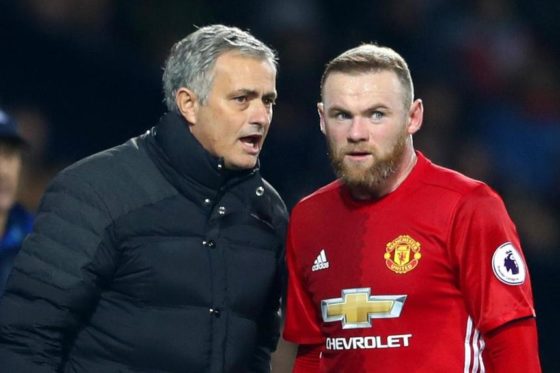 The former Old Trafford captain is making headlines in the United States, but he could have been the solution Mourinho seeks.

Manchester United have recorded their poorest start to a league season in 29 years. Their Portuguese manager Jose Mourinho, understandably, has come under severe criticism and is under serious pressure to save his job.

Before Saturday’s game against Newcastle United, the media had published that the Ex Chelsea Boss was going to be axed from his job irrespective of the result – win, lose or draw – as the Old Trafford outfit sought a replacement in Zinedine Zidane.

A brilliant comeback saw the Red Devils trump the Magpies 3-2 while Mourinho retained both his job and the support of United fans.

While there have been lots of rumours regarding the root of United’s problems this season, it is clear that the team lacks leadership. The team lacks an outright leader who other team members can really look up to; a leader who has fought the fight and has prevailed.

33 year-old Antonio Valencia may be the captain of the Red Devils, but Mourinho would definitely love to have more leaders within his team. The coach experimented by endowing Paul Pogba with the honour of vice-captaincy. However, the Frenchman who couldn’t defend his manager in public showed that he wasn’t capable of such role even on the pitch.

Before his departure for Everton, Wayne Rooney was the club’s outright captain. He was the face of Manchester United on and off the pitch. In his last days at United, having seen his prowess diminished, Rooney remained the fighter who would do anything to protect the image of the club, ensure there is peace in the dressing room, and do his best on the pitch.

Rooney is one of the last pre-social media era players who care more about results than Instagram likes. And that is what United lacks; something Mourinho keeps searching for. Even after leaving United, the former England international still roots for his former manager: “Jose is getting a load of stick but… the players have to stand up.”

He echoes the words of Mourinho when he said: “The manager can only do so much… it is down to the players on the pitch to produce.” These are the words Jose Mourinho wants his leaders to speak, not “we need to attack attack attack.”

Well, maybe we shouldn’t blame the players so much. The blame is still Mourinho’s; ever since he let go of a credible leader, the United team has lacked cohesion.

Off the pitch, Mourinho is the leader of Manchester United. On the pitch where the talk should be made, however, a player should take the helm. And at the moment, United lack one. They let go of the one they should have kept for years.