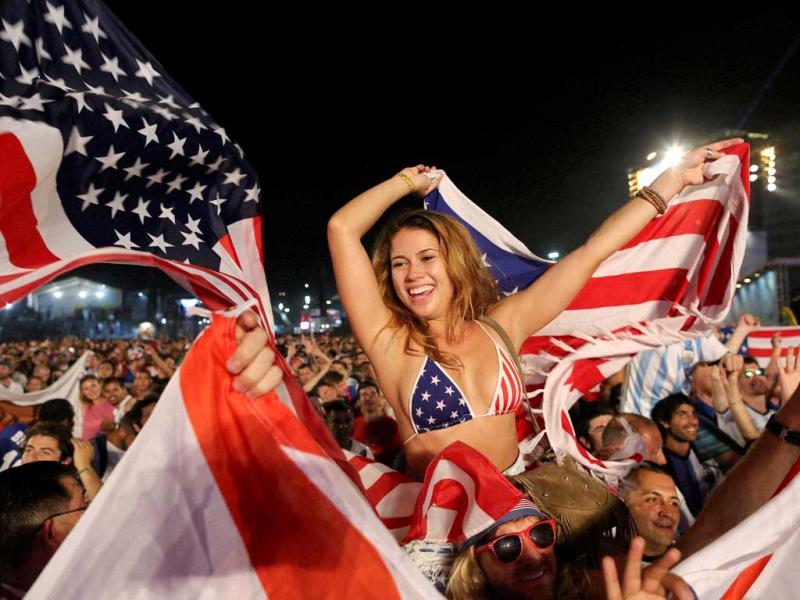 After watching yesterday’s fantastic game between USA and Portugal, and being surprised by the quality of the football on show, I imagine I’m not alone. I can’t be the only embarrassed about the fact that the USA have looked better than England at this tournament.

The USA were a goal down after 5 minutes due to a terrible defensive error, but it didn’t phase them. They obviously had a plan, they believed in their ability, and they played some terrific football in the final 30 minutes of the first half – they were unlucky to go in still behind at half time. In the first 10 minutes of the second half, Portugal were looking for that killer second goal, which never came, and USA then began to dominate with technical football, passing and movement that made England look inferior by comparison. They scored 2 goals, could have had four or five, and this against the 4th ranked team in the world. Ultimately, they were just 10 seconds away from a well-deserved victory.

I find it quite incredible that whilst this is the 5th most popular sport in the USA, they are now playing to a higher standard than our boys who drive around in their Ferraris on a Monday, Bentley on a Tuesday, Range Rover on a Wednesday etc., but can barely put 2 passes together. One has to ask where has it all gone so terribly wrong for England these past 40+ years.

I don’t really know, but the biggest issue has to be the lack of investment by the FA into youth, and having the best coaches and facilities to bring our youth through to be top professionals. The other problem is the press – the pressure heaped on them by the tabloids and now even papers such as the Daily Telegraph. The unwavering focus on players like Rooney just makes it more difficult for them to perform on the big stage.
Ferguson always used to tell his players A ) I trust you B) express yourself on the pitch and C) enjoy yourselves . I wonder if England have received similar encouragement? They just look scared to death and can’t get rid of the ball quick enough.

Watching USA is like a breath of fresh air – they play without fear and they believe they will achieve. They are not treated like villains by the press if they make a mistake, and they go out there with the full backing of 300 million citizens willing them to do well. The players also play with pride and passion for their country whenever they are called upon, unlike those claims that Harry Redknapp has made this week, which have been confirmed by ex-England boss Graham Taylor .