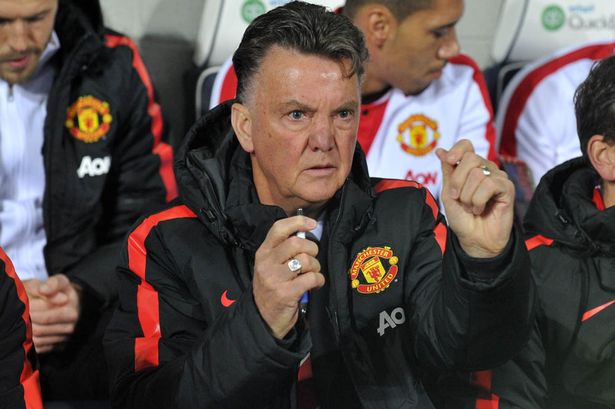 The title of this post may seem ridiculous or premature to some, but based on the season so far, it seems like a legitimate question. We’ve all enjoyed the new atmosphere around the club – the sense of positivity that was so powerfully missing under Moyes – but as our former manager steps into his new job at Real Sociedad, now seems an opportune time to reflect on Van Gaal’s impact so far, and his long-term prospects at United.

The season started with such hope and promise – we had a terrific pre- season, where we went undefeated and played some good football, and then we made what looked like major improvements to the squad with the additions of Rojo, Blind, Di Maria and Falcao. Those signings had us all licking our lips at the prospect of United becoming a real force once again; most fans were envisaging a top 4 finish, and even a challenge for the title looked like a long shot possibility.

Where’s Radamel? And Where’s Our Defence?

In truth, it’s been a shambles, starting with Falcao, who has barely played for the club. Whilst I was excited the day he signed, I am not a medical man and I cannot now believe United took such a gamble on an unfit striker. We sold a local, widely loved, 23-year-old England international striker to one of our main rivals, and didn’t address the obvious defensive issues, despite losing 3 of the best defenders ever to play in the Premier League.

Watching Di Maria over these last few weeks has also become quite worrying – he started brilliantly and looked like he was going to be a great buy for United, but these last few weeks his body language has changed. He does not look happy – whether that’s down to playing for United or not having settled into life in Manchester is unclear, but clearly all is not well with our British record signing.

We have had a bad run of injuries, which once again raises the question of what’s going on in training. So many injuries have been occurring during the week rather than on a Saturday or Sunday afternoon. The constant back four changes certainly don’t help our cause, and whilst we have stopped leaking so many goals, at the same time we are barely scoring. The last 3 games against Chelsea, City and Palace have gained us 4 points, with just two goals scored (one in the last seconds and the other by a substitute in the 67th minute). It’s simply not good enough for MANCHESTER UNITED.

It’s well known that LVG has a massive ego, not dissimilar to Sir Alex, which can of course be a plus as you do need that arrogance to be a winner, but is LVG’s ego getting in the way of quickly turning this club around after spending so much in the transfer window? He surely has no excuses for not making the top 4. We had a dream fixture list to get points on the board prior to our first real test against Chelsea, and we have failed miserably. If there hadn’t been the odd bit of magic by Di Maria in those opening 6-7 games, most United fans would have been saying this is no better than last season under Moyes.

This writer believed in LVG, and with Giggsy alongside him thought it was going to be an exciting season with a top 4 finish and maybe an FA Cup or League Cup too. I have by no means lost all hope, but surely our fortunes have to change fast, and we need a run of 5-6 wins on the bounce to have a real chance. The football we play has to change with a faster pace of play, and hopefully Di Maria given a freer role rather than being stuck out wide where he can be man marked by two players and kept out of the game. We should also be realistic, and the fact is that if De Gea had not been in such amazing form this season, we could well have at least 4 points less than we currently have, and be closer to the bottom than the top of the table.

LVG – it’s not good enough; something is wrong on the training ground and in your preparation for games, players are out of position, and I for one would rather see Mata in the number 10 role with Rooney up top and RVP on the bench right now.

Should United be Looking at Other Options?

I’ve been hearing the constant debate as to whether Pellegrini is the right man for City, yet this is a team that has realistically the best chance of competing with Chelsea for the title. And they are not YET eliminated from the Champions League. If Pellegrini is going to get fired for finishing 2nd and City qualifying for next year’s Champions League, where does that leave United if we finish outside of the top 4?

Throughout last season, I cited Simeone as the right man for Manchester United, and now he is being heavily linked with City. I still believe we should have got Simeone – someone young, with fresh ideas that players can relate to, and with an amazing CV that belies his age. I will be gutted if he ends up at City, unless we can get an equal – maybe Klopp or Pep – as right now I am not convinced LVG is the answer for United.

The owners and the board made a massive error in appointing Moyes as they did all those years ago when they appointed Wilf McGuinness to succeed Sir Matt, and look how long it took to recover from that huge mistake. The great shame is that whilst he won’t admit it now, Mourinho would have walked from Madrid to Manchester to take over from Sir Alex, and had the board made that appointment, we would probably have been where Chelsea are sitting right now.

Let me know what you think. Do you share my concerns, or does LVG need more time to turn things around? My feeling is that if we don’t finish in the top 4 this season, LVG has to go. What do you think?