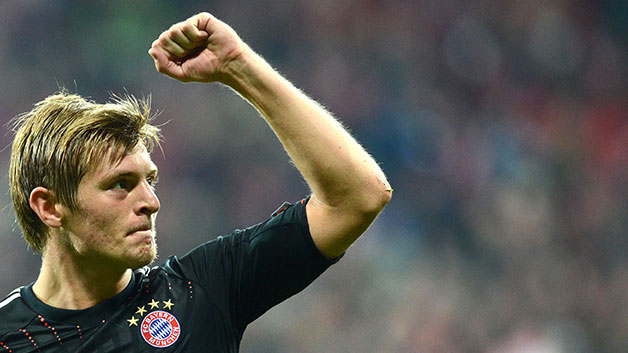 With around 27 hours left of an interesting January transfer window, and having just watched City demolish Spurs at White Hart Lane, and seeing Liverpool do the same to crosstown rivals Everton, I’m waiting with bated breath to see what our beloved team is going to pull out of the hat to give us a real shot at 4th place.

We gained 3 points against Cardiff with a reasonable but unspectacular debut by Juan Mata, and it was great to see RVP and Rooney back – there was definitely a bit of that old feel-good factor back in the air again. However, if we seriously think a midfield of Jones and Giggs can fire us further up the table, we’re kidding ourselves. We have to be realistic, and along with Young and Valencia on the wings, that midfield 4 is mid-table quality at best.

There are some big noises coming out of Munich that we could yet sign Toni Kroos by tomorrow night. He would certainly be a terrific signing and help give that push towards a 4th place finish, but we still look in desperate needs of reinforcements elsewhere too.

Whist Evra is still good going forward, his defending recently has been unbelievably poor, and if there’s any chance of bringing in a replacement before the deadline hits, we should take it. Even at £20 million plus for an 18-year-old, Luke Shaw could prove to be money well spent, but it may turn out that he’d rather hold out for a move to his favourite club, Chelsea.

And I’m still adamant that we should also make a cheeky £7 million bid to Barca for Alex Song, who would be a real bargain at anything less than £12m. Adding Song and Kroos to our midfield by tomorrow night would massively change the complexion of our team, and we could then look forward to building on a strong core in the summer.

Meanwhile, we can’t afford any more slip-ups in the league. We may need another 45 points to gain that 4th spot, and seeing as Liverpool don’t have to travel to any of the current top 6 teams, a convincing win on Saturday is a must if we are really expected to start believing that 4th spot is possible.