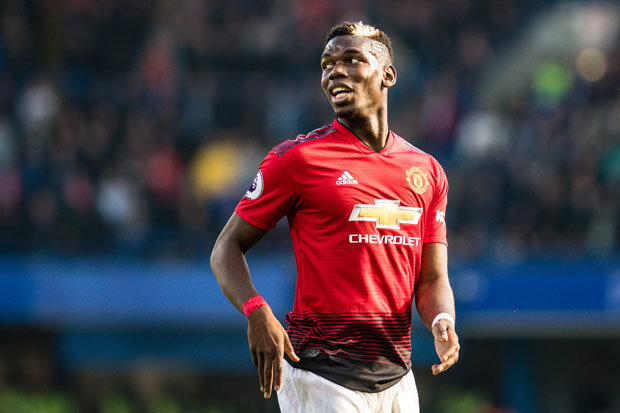 Signed from Juventus for a world record fee in 2016, Paul Pogba is an important figure at Old Trafford, and all eyes will be on him on tonight.

Paul Pogba has come under serious criticism in recent times for several reasons. The Frenchman has been equally criticised by the media, fans as well as his own manager.

He led France to winning the World Cup in the summer but constantly divides opinion at club level following his inconsistency. Pogba has been accused of being unable to exude the same level of performance he displayed while playing along Andrea Pirlo for the Old Lady.

While the former Juve player may be well deserving of all the sticks he’s getting at the moment, we can expect two things from him today, and the first is almost inevitable…

Perhaps, describing the haircut would have been tantalizing depending on your taste of fashion. Nonetheless, if there is something everyone should expect from the midfielder, is the fact that he is highly likely to be on a new haircut.

Pogba never misses the chance to dazzle; be it on the ball when initiating an attack, or on social media showing us some dance moves. We expect him to seize the occasion on this special night to show Juventus fans one of the things they surely miss about him.

Pogba is yet to show United fans that he is really worth the sum paid to enlist his services at the club. He has been largely inconsistent since his move to Old Trafford in the summer of 2016. A match against Juve, however, will be much different.

Aside playing to earn individual plaudit, Pogba is well aware of United’s stand on the log. A loss against Juventus will mean that they have only amassed four points out of a possible nine. A draw wouldn’t mean much for the team either in terms of point amassed.

So, as an important figure in the team, Pogba will be looking to push himself as well as the rest of the team to earn all possible points in a game that will be watched by millions of people around the world.

Having served his suspension, the match will also mark the second time Cristiano Ronaldo will be playing against Manchester United at Old Trafford in a UEFA Champions League match following his move to Real Madrid in 2009.