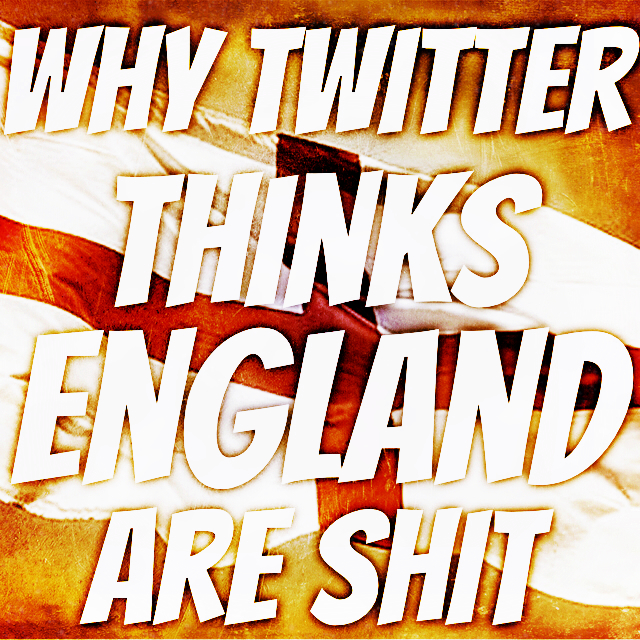 In case you missed it, England are out of the World Cup before the group stage is even over.

We’ve been on that familiar journey: Resignation, followed by slight hope, then genuine belief, before retreating back into slight hope, then shrinking back to resignation when the reality of our international ineptitude is, once again, confirmed.

But WHY are England always basically useless?

In Rooney, England have their perennial tournament talisgoat (that’s a talisman, and a scapegoat, all at once. Obviously).

In Adrian Chiles et al, we’ve got the eminently-slappable faces of a hype-addicted media machine.

Then there’s Roy, who’s vocicultural weaknesses and curiously strigine features all too often make him an easy target in times of inevitable disappointment.

I may have a go at an in-depth analysis of the English football malaise; an attempt to untangle the messy web of forces at play; a survey of the British socio-cultural landscape, a critique of the FA’s institutional failings, and a tactical take-down of the way we play the game. But in the mean time, here’s why Twitter thinks England are shit…

To put that another way: You know nothing, John Stones.

I hope England are shit because half the team hate the Liverpool lads, like the old Barca/Real divisions in the Spain team

All Slagging Rooney Again But The Reason England Are Shit Is Because It's Got Half The Liverpool Squad Innit !!!

I’m a fan of this theory, for obvious reasons.

It’s All These Bloody Foreigners

England are shit because the premier league is all about foreign players & money. Take foreigners away and English players would develop

A popular line of reasoning, this one, but I’m not convinced.

It’s Those Posh Twats at the FA

#EnglandvsItaly England are shit because toffs in charge are cretins. Come on Italy, win it for Geordieland and all The North.

The reason #England are shit is #theFA-a malignant, corrupt bureaucracy with its historical roots firmly planted in aristocratical Eng.

By jove, they’ve got a point!

The Players Sold Their Souls and Paid the Price

That defeat was karma for all of those shit adverts the England players are in. Mars, Subway, Head & Shoulders,Doritos etc etc #WorldCup2014

Well said! Those adverts are more than just annoying – they’re basically the work of the devil.

Now if you’ll excuse me, I’m off to wash my hair with carcinogenic coal tar and gorge on salty mass-produced food. Eat Fresh ™.