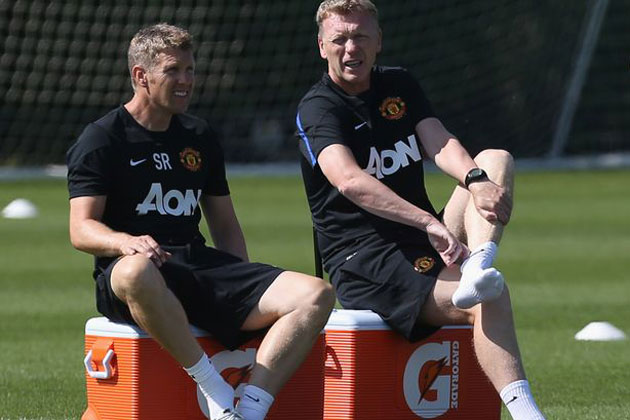 It’s only 3rd March, and already United are being linked with 10 right backs, 14 left backs, 38 centre backs, and anyone who can see and kick a ball for our midfield.

Of course, it’s impossible not to follow and read all the various press reports, from the Daily Telegraph to the rarely accurate Daily Star. It’s also difficult not to get somewhat excited about some of the possibilities, but then one has to stop and think – will any of these top-level players seriously want to come and play for David Moyes’ sinking ship?

We will not be playing in the Champions League next season; instead, we’ll be playing meaningless, non-competitive games around the world to keep the interest payments on the debt going! Will Kroos seriously choose Manchester over Munich, or Moyes over Pep?!

I read yesterday that should Moyes get sacked (659 million of us are praying he does), that the Glazers and the board (Sir Alex excepted) are lining up to go double Dutch with a dream team of Van Gaal and De Boer.

If we approach the likes of Kroos or Cavani with a big contract offer, with not just one caveat (no Champions League football), but two (you will be playing under David Moyes and Steve Round), they might wonder why their agent is naming people they’ve never heard of. Compare that to the prospect of playing under the dream team of Van Gaal and De Boer – clearly a far more attractive proposition.

I just hope come May, when we are trophyless, out of European competition and all the talk about Manchester United is negative for the first time in many years, the Glazers and the board will realise that a new management team is vital to attract the top players and get us playing good football again.