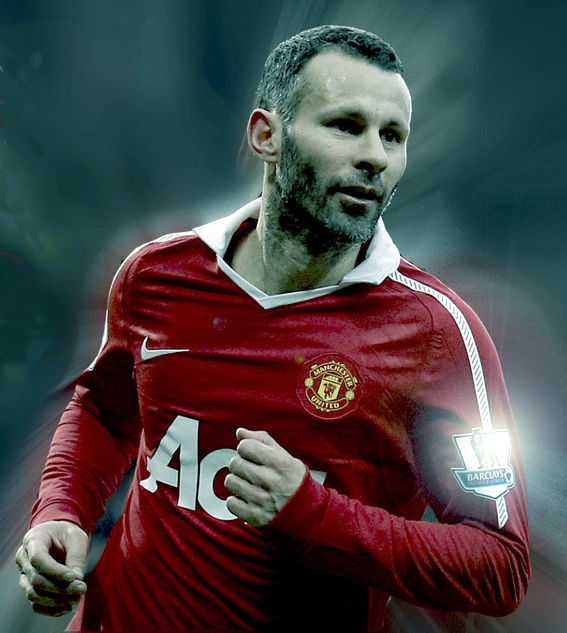 Well, at least we got a chance see how we play without Rooney, and it was awful. Not a pretty win but a vital one.   It might be blasphemy, but maybe it’s time for Giggsy to take a well earned rest.

His first half performance was poor and was very pleased Moyes subbed him at half time to bring on the youthful exuberance of Welbeck who neatly scored the winner. Giggs has won it all, the most decorated footballer in history but surely it is time for him to allow some of our youth to blossom.

Gary Neville had the foresight to sit in the dressing room toilet after a sorry performance at West Brom and decided that was it, his time was up. Giggs might be fit and trim at forty but playing against kids who are running rings around him is detrimental to our team and his passing today was off the radar.

Thank you Ryan for some fabulous moments, that crazy winning goal against Arsenal in the FA cup in ’99, that dazzling run and dribble against Tottenham when you played the ball through Mabutts legs and that oh so important equalizer against Juventus in the Champions League, again in ’99.

Not only that but your assists in so many of our goals, that goal against a resurgent Blackburn when you chased a lost cause after losing possession to retrieve a ball from Henning Berg to cross superbly to the far post where Cantona planted the winner was always a special moment. The incisive pass through to Michael Owen in the 4-3 Derby win against City in the seventh minute of added time!

It comes to us all Ryan and you have great future now as a coach at the team you love and have given most of your professional life to and we love you for that. You’ll probably get a statue one day or a stand named after you, but for now, please take a step back and bring on the next generation.

2 thoughts on “Is It Time For Giggs To Move Over?”