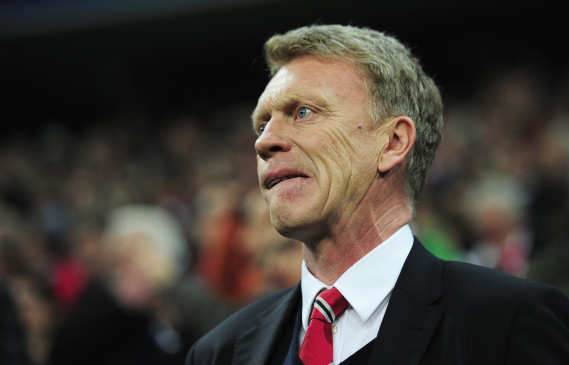 22 seconds. That’s how long it took for Bayern to cancel out Evra’s fantastic strike, which was unfortunately matched by his abysmal defending.

In truth, United played OK in the 2nd half, and if they had played at Old Trafford with a bit more belief, maybe, just maybe, we could have gone to Munich with a lead under our belts instead of the score draw.

We have to be honest, and I think the reality is that Bayern can play way better than they did in either of the 2 games against us, and we were well beaten by a team that barely got out of 2nd gear. I think if United had just 20% more belief in themselves over these 2 legs, we would possibly have pulled off a major upset. but Moyes isn’t one to spread belief throughout his squad.

On the night, I felt Moyes’ substitutions were badly timed, and again he had no plan B. Knowing we were going out with a few minutes to go and the fact that we have no chance of playing in the Champions League next season, I was obviously hoping to see our 20+ year hero come on and match Raul’s all time Champions League appearance record (and become the first player to reach this figure playing for just one club), but Moyes chose not to allow him to add that to his incredible list of achievements. Is it any wonder that rumours are rife that many of the players can’t stand Moyes and don’t want to play for him when they see him do this kind of stuff? If we’d still been in the game, fair enough, but we knew the minute that 3rd goal went in, it was goodnight United.

Moyes stated to the press that he will get United back in the Champions League next season, and that the players he has had quiet words with are all keen to play for us. I presume he has also heard that tapping up is against the rules! And did these players realise we would not be in the Champions League next season when these enquiries took place? It will certainly be interesting to see if players like Luke Shaw have the choose United over the likes of Chelsea or City. Will Tony Kroos choose to play for Moyes over Guardiola, and not participate in Europes biggest tournament?

It will be very interesting next month to see if the Glazers are in fact backing Moyes or if they decide they’ve had enough. If they do get rid of Moyes, we can only hope they pick the right replacement – a manager in his 40s who can bring the swagger back to United. I can say this hand on heart: as long as we can see the team playing the brand of football we are known for, we will stand behind the man for at least 2 seasons to get us back where we belong.

Hopefully we only have 5 more games of David’s disastrous reign to deal with.