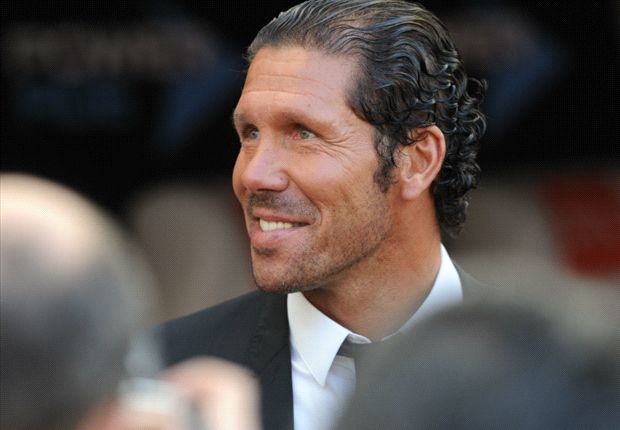 After Atletico drew with Barca last week (and, by all accounts, were the better team), Simeone was asked “What do you think the difference is now between Barca and Atletico?” He replied “about 400 million Euros.”

What a brilliant response and one maybe Moyes should use when hopefully we take 3 points from Chelsea this weekend. It would be fantastic to see the red half of Madrid win La Liga – a team with very little money compared to the 2 giants of Spanish football. I guess it would be similar to seeing Everton winning the Premier League, which I am sure we would all take over City, Chelsea, Arsenal or Liverpool!

Simeone certainly seems to be an exceptional coach and motivator, and Atletico always seem to have plenty of players that the big European clubs want to buy, proving that it’s not only money that can bring the best players to a club; a top quality scouting network can work wonders too.

Of course, we all want to see United succeed and get into the top 4, whilst continuing our run in the Champions League, but if we fail to do so and the owners decide to sack DM, I think Simeon could be a great replacement based on his past 3 years of success. It’s also worth noting he’s only in his early 40s, with his best managerial years still ahead of him.

La Liga is certainly looking a more exciting race this season, with Real Madrid coming back into it after a shaky start. Just like the EPL, it should be a very exciting last 4 months of the season, and let’s hope we are very much a part of that excitement. It may be too much to expect 3 points on Sunday, especially without RVP and Rooney, but I am sure the players will be up for the challenge, and hopefully come away with at least a point. Let me have your comments on Simeone – if our owners sack Moyes, would Simeone be your choice?