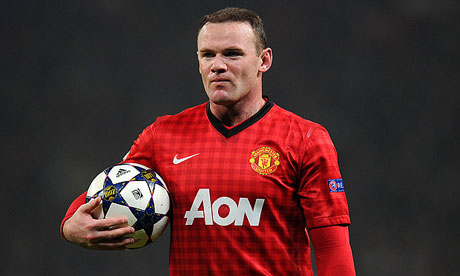 I think every United fan has pretty much enjoyed every season watching Rooney perform in a red shirt, but I have to ask whether now is the right time to get cash-in on our ageing number 10.

I believe that, realistically, his best years are probably behind him. Whilst players like Aguero, Suarez, Ronaldo and Messi have all greatly improved since their early 20s, Rooney has never really pushed on from being a very good player to becoming truly world class. United now have a player on a crazy contract who is arguably not worth such mega money.

He is not being played as a main striker for either club or country, and I don’t think he is the best no.10 in the world by a long way. At 29, if he can be sold for £30 million (a big ‘if’, admittedly) and we can bring someone in for maybe £40 million, 6-7 years younger than him and with half the salary, that has to be good business for Manchester United.

I don’t want to sound like a Rooney-basher, as that’s definitely not the case I just cannot see Van Gaal playing him ahead of RVP as a main striker, so where does that really leave him? With many England fans feeling Rooney is not worth his place in the England team, then surely his place at United has to be questioned too.

I think the club did the right thing in giving him a crazy money contract last season, as our backs were against the wall and we needed to show the world we were not going away for long. It will also help United maximise the transfer fee if we sell him.

In truth, I wouldn’t be so bothered if he ended up at Chelsea, as realistically only a handful of clubs can afford his crazy salary. Whatever happens, Rooney will always be remembered for what he has done to help the club achieve so much during his career at United.