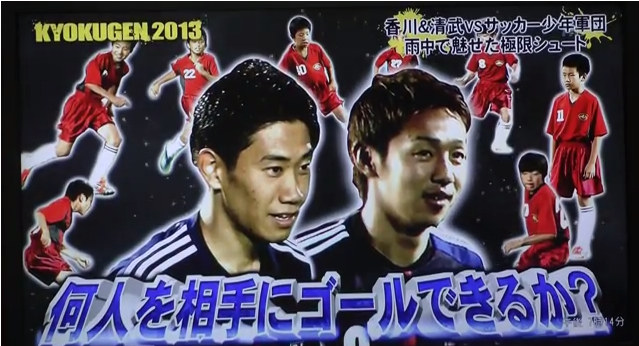 It’s been frustrating watching Kagawa struggling to make a mark at United since completing his move from Dortmund, but, as this video shows, his tactical and technical flexibility is beyond question.

OK, he’s playing against kids, and their tactics boil down to “surround the man with the ball” and “get as many bodies on the goal line as possible,” but, still it beats watching him toil fruitlessly in the current, tactically insipid United setup.

Put him on a pitch with just one team-mate on the same wavelength, and he’ll ruthlessly wriggle, flick and dink his way past an army of kids with elegance and ease, as this hilarious clip from the quintessentially Japanese TV show ‘Kyokgen 2013’ shows…