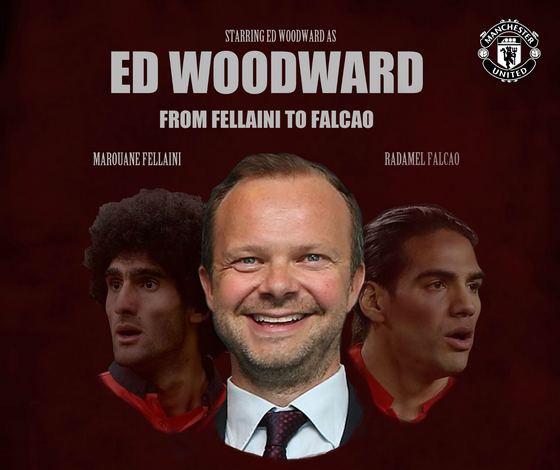 On recent evidence, sell cheap, buy high seems to be the business plan at United. We pay the highest prices when we buy, and inevitably sell at a massive loss.

Last season we spent £66 million on Mata and Fellaini – both way overpriced. We probably paid at least £15m too much for each of them. Of course we have been trying to dump Fellaini all summer with no takers, and the fee rumored was around £10m.

It has since been reported that United will sell Mata in January as he doesn’t really fit in with the manager’s plans – no great surprise; whilst he’s a good player, he lacks athleticism, and it’s rumored that United will take a hit of £20m to let him go. That’s potentially nearly £40m lost on 2 players in one year. How insane is that? What other business could possibly operate on such a model outside the football world?

We bought Anderson for £24 million and can’t sell him at any price.

We bought Nani for £17 million and although we’ve finally offloaded him on loan, we’re still paying his wages.

The obvious retort is that we bought Ronaldo for £12 million and sold him for £80 million, but he was very much a one off, and United as a club seem to continually buy high and sell low, which must at some point have a knock on effect for the transfer budget each summer, as well as the impacgt of the Glazers taking money out of the club. Maybe if we bought and sold a little smarter, funds would always be available to buy the best.

The one that I can’t quite get my head around is Danny Welbeck. Whilst I doubt he’ll be a huge loss in footballing terms, I was saddened to see a true red let go. And right now, I am not totally convinced he is not worth a place ahead of both Rooney and RVP, who have shown no form whatsoever in the first few weeks of the season. What really angers me about selling Danny as much as anything is the price. How often do we hear that you pay a premium for English players? We have just sold a proven England international with a decent goal scoring record for his country to one of our biggest rivals for £16m, and he’s only 23 years old. Meanwhile Southampton bought Shane Long from Hull for £12 million. Where’s the logic? I could understand it if we had sold him to say Hull for £16 million with a sell on clause, but to sell him to Arsenal for that price in today’s market seems totally crazy.

I believe the minimum price Danny should have gone to Arsenal for is £20 million with plenty of add ons if he’s successful for both club and country.