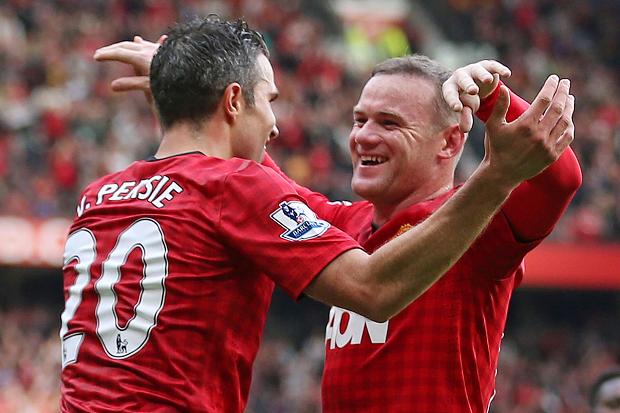 Wayne is approaching the last 18 months of his current contract. Obviously the way he has been playing this season and for 95% of his time at United, a new contract should be on offer. The situation could be a massive problem for United should they not qualify for the Champions league. Will he want to stay at a club no longer playing at the highest level in the final years of his playing days?

What about RVP? If we don’t qualify for next years Champions league, will he seek one last move before hanging up his boots? These are surely questions the Board must be asking themselves whilst contemplating sacking D.M.

Make no mistake – if United finish outside of the C.L. places they will struggle to keep Rooney and RVP and who realistically will want to come to a team with no star players and not playing in the C.L. I know what I would do because whatever Mr Ed maybe stupidly saying “we can still sell shirts and lose games,” reality is if United fail to finish in the top 4, it will most certainly have serious repercussions for the club and for that reason alone D.M. should be replaced immediately with Sir Alex or Hiddink until the end of the season to give the club the best chance of securing C.L. football for next season, keeping our best players, attracting a manager such as Simeone who in turn can attract top players in the summer to our great club.