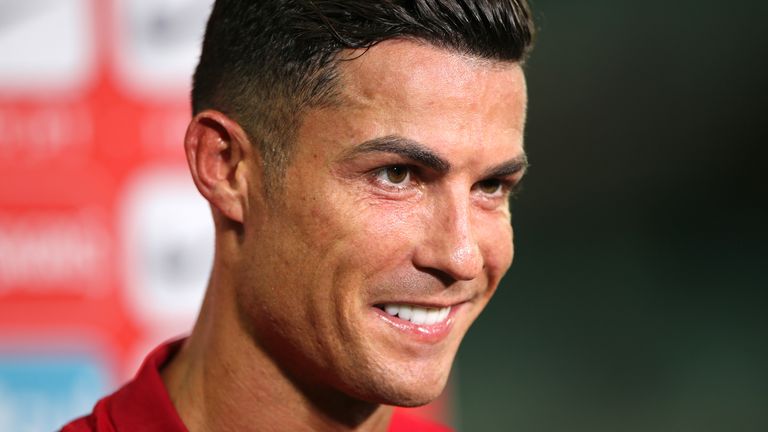 Cristiano Ronaldo dos Santos Aveiro. The superstar Portuguese who arrived in Manchester in 2003 as a precocious teenager, left 6 years later as a club icon and returning 12 years after leaving as one of the greatest players to ever play the game. Manchester United fans suffered a myriad of contrasting emotions late last month after news emerged that Ronaldo was seemingly on his way to bitter rivals, Manchester City. Even the best nz online casino could not have predicted that move.

For many United faithful, it signaled a final confirmation that their bitter rivals had become the top-drawer team in the city, and ultimately in the division. It also led many a United fan to confirm their worst fears of seeing a club icon do it for City, and help them remain their stranglehold on the league title, having won the title times 3 times in the last 4 years.

However, in a stunning 24 hours, news emerged that Ronaldo was closing in on a move to United, after personal intervention from legendary Manchester United manager, Sir Alex Ferguson. United had finished 12 points behind City last term, and it was a consensus by all associates at the club that the team needed another central defender to partner Harry Maguire, as well as a wide player that could stretch teams and offer a constant supply of goals assists from the flanks. Step forward, Raphael Varane and Jadon Sancho who have added the world-class ability to the squad.

While adding Ronaldo feels opportunistic and almost an attempt to prevent City from getting him, it adds instant pressure to Ole Gunnar Solskjaer and turns United into instant title favourites. He plays as though he’s at casino games South Africa. He’s that good!

Here are 3 reasons why the addition of Ronaldo makes the team instant title favourites, ahead of the likes of Chelsea, Manchester City and Liverpool.

The team needs to win

United desperately needs to win trophies and adding a seasoned trophy collector makes it more achievable. Ronaldo has won trophies everywhere he has gone, and his experience and know-how in the crunch part of the season could prove invaluable. United last won a trophy 4 years, the longest drought amongst the top teams in the division bar Tottenham.

Ronaldo still has a point to prove

While many will argue that Ronaldo has nothing to prove to anyone after his exploits throughout his storied career, he has not come to Manchester United and the Premier League for a last paycheck in mainstream Europe. He has taken on the challenge of returning United back to the zenith of domestic English football, as well as in Europe.

Seeing the likes of Messi, Neymar and Mbappe play in star-studded PSG and being named favourites for the Champions League is something Ronaldo relishes with aplomb.

Ole is really running out of time

When United appointed Ole as permanent manager in the summer of 2019, it was supposed to herald the start of something really special. Here was a manager who was a club legend, understood the club culture and was also hungry enough to deliver the major trophies on offer. In almost three years, the team has seen progress; playing the high-octane, relentless football United were known for, but there have been near misses and no trophies on offer.

With more than £400m spent on transfer fees and the quality of players at his disposal, he needs to start delivering, and this season represents the perfect chance.