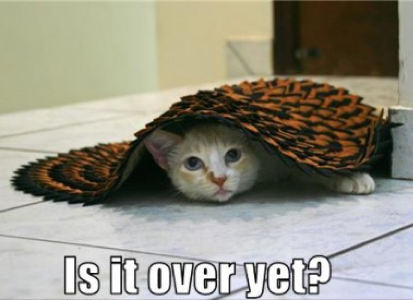 It was with a sigh of relief and a whisper of regret that I watched the Premier League finish for another season; the end of our very own annus horribilis. It was a strange season to say the least, full of rumours, poor displays, backbiting, mis-management and shoddy transfer windows. Was this really the follow-up to our 20th title-winning year?

Worst of all, we had a clueless manager in Moyes, saying that not even Fergie could have won the title with this squad – the same squad that won the title by eleven points months before, with £60-odd million worth of additions, plus the revelatory Januzaj.

Meanwhile, Tony Pulis takes over Crystal Palace in relegation form and oversees an astonishing turnaround, getting the most out of the average players at his disposal. Gus Poyet performed similar miracles at Sunderland when it mattered, so what was Moyes banging on about? Anyway, he’s gone now, off to Florida to soak up the sun and count his settlement millions.

So who’s next in the hottest seat around? Will it be Van Gaal? We got an insight into his demeanour when an unfortunate journalist at the Dutch World Cup training center asked, “What do you know about Man United?” With a glare that would frighten Roy Keane, Van Gaal replied fiercely, “Are you shtupid? What kind of shtupid question is that?!”

Maybe the board is waiting for the affable Ancelotti, as Real Madrid are now out of the running for La Liga, and could lose to Atlético in the UCL final. There are also rumors that he and the Madrid President, Pérez, are not getting on well.

I don’t think Simeone is in line or available, unless he gets particularly pissed off at possibly losing Courtois back to Chelsea and Mourinho’s seemingly imminent signing of Costa (with Torres maybe going back in return.) Although Simeone’s English is not good, Mauricio Pochettino at Southampton didn’t seem to suffer.

Guardiola recently dropped a hint that all is not well in Munich, the board not happy with his style of play. However, I lost some respect for him when he went for the easy option of managing an already world class team, instead of the opportunity to rebuild United. It was also a surprise to see a relatively inexperienced Simeone outwit him in the semi finals of the UCL.

Klopp has already said no, but the one dark horse not talked about is Frank de Boer at Ajax. He’s won the Dutch league four years running – this despite being robbed of his best players season by season (Vertonghen, Stekelenburg, Erikson and some guy called Suarez). He’s proving to be a very astute manager, albeit with no experience managing in the Premier League, but then again, neither has Van Gaal.

The 2013/14 season is over. City are the champions. Liverpool blew it, not unlike us in 2013, but with City’s unrivalled financial muscle (nearly £0.5 billion net spend over the past 5 years), they should really be winning their titles far more convincingly, and Chelsea will be much stronger next season, as I hope will we!

So, at the end of this most inglorious season, these are my best and worst moments…

Worst away PL game, Chelsea or City, take your pick

Worst miss: Any of Welbeck’s

Here’s to next season, hopefully full of wonder and surprise…