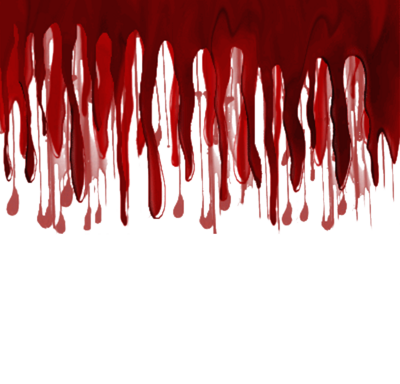 According to the media it appears that the demise of Manchester United is well underway, and those being held responsible such as the Glazers, Ed Woodward and David Moyes are quite rightly receiving their share of the blame. Then there’s Sir Alex Ferguson, once thought to be beyond God and Ant and Dec when it came to criticism. He has also been questioned for letting the overall quality of the United squad drop to moderate at best.

But what of the true heartbeat of this club? Those trusted to wear the blood red of Manchester United?

It appears they, apart from the usual suspect Tom Cleverley – TC23? (give me a break) – have mainly managed so far to dodge the slings, arrows and bullets flying around the so-called Theatre of Dreams. On that note alone, maybe due to current circumstances, United’s marketing people should have a word…

Ever since Sir Alex Ferguson told us all to stand by our manager before he was unceremoniously sacked a matter of months later, the lack of quality, and also the lack of effort, coming from many United players has been inexcusable, verging on shameful. Last year Robin Van Persie pretty much downed tools – a disgrace in itself and surely a sackable offence when you consider the money this man is on and the millions he dares to pretend to represent across the world. A red army countless in number but now growing increasingly short on patience.

Others are also liable.

Rio Ferdinand has seemingly given up, and now languishes in semi-retirement costing QPR goals in between tweeting.

Then there was Nemanja Vidic, jumping ship because of an obvious lack of confidence in David Moyes, holding up an Inter Milan shirt whilst still having the honour of the United captaincy. Byrne, Charlton, Buchan, Robson, Bruce, Cantona, Keane? …You just do not do that Nemanja.

And what about Patrice Evra, a left back who went missing so often over the last few years you might not have spotted him, even with binoculars. So many crosses pouring into the United box from a deserted left hand side that ending up flying past an unprotected David De Gea.

The list goes on. Four letters now guaranteed to make most United supporters foam at the mouth – Nani. Yet another player whose masquerading as a United footballer is up there in terms of acting with anything Daniel Day Lewis or Robert De Niro have ever put up on the big screen. His ability also to make Woodward hand him a five year contract has to be admired in terms of sheer cheek. Whoever agreed that (Moyes) should never be allowed into Old Trafford again. Good luck Sporting Lisbon.

Anderson – another whose demise from a dynamic skilful midfielder into a joke on the terrace is nothing short of disgraceful. His early days had supporters thinking something special bubbled inside his short but explosive frame. Well six years later Anderson has become a parody of a professional footballer. A travesty that he remains at United, and an indictment on both him and those at the club who have allowed this talent to all but extinguish.

How about our number 10? He goes by the name of Wayne Rooney. So it says on the back of his shirt, but what we have today is a mere ghost of the once magnificent talent that threatened to join United greats of the past. Seemingly an obsession with money has overtaken and all but ruined his love affair with the supporters, who now can quite happily take or leave him. Threatening to leave once is bad enough and sufficient to see him marched towards the Irwell and dropped right in. But twice? Even if the second was manipulated by Ferguson, this is too much for the hardcore, many of whom have given up on him. What has become of the ‘white Pele’? Now listless, lacking a decent first touch and more importantly the heart and fire which once set him apart from mere mortals. Rooney now is more than any other, an example of what has taken over at my football club; mediocrity rules at the moment.

Whether Louis Van Gaal is the man to turn water to wine and recreate what has gone before remains to be seen. What is clear is that Manchester United are in trouble. They are wounded and in swift need of a red blood transfusion. Angel Di Maria is a good start, but so much more is needed. Open heart surgery is required to first find and then make it beat again. This magnificent football club and its supporters deserve nothing less.

…And I have not even mentioned Fellaini.

This is John Ludden’s first post for Manchester La La La – you can buy his book, From the Stars: Sir Matt Busby and the Decline of Manchester United – 1968-1974, here.