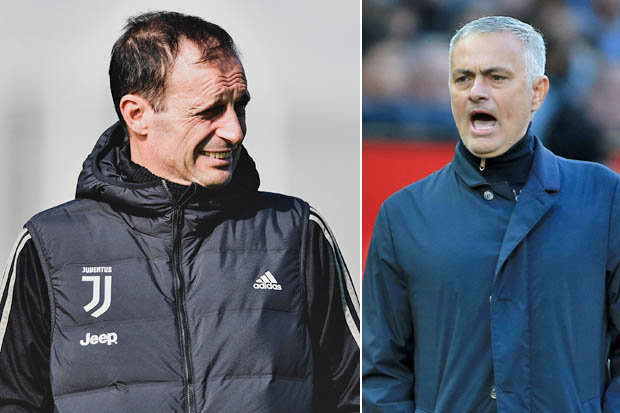 Man United travel to Turin to play Juventus in the Champions League return leg –  United are comfortably occupying the second spot in group G but any result other than a win could see the Old Trafford faithful drop to the third spot. Valencia have two points from three games and they are two points adrift us in third position. Jose Mourinho has won three trophies since taking over the reigns of United but his side came-off the last season without a trophy. Since the departure of Sir Alex Ferguson, United have struggled to make any impact in Europe and they have changed managers to help them realise their ambition of being a force in the Europe. Mourinho led his side to the second round of the Champions League last term but if United can win Juventus in Turin, then we would dub them as one of the favourites for the title.

Seeing the way Juventus dominated Man United at Old Trafford last week, it’s hard to predict their Nov. 7 meeting in Turin ending in anything other than another Juve win. Juventus dominated both possession (61%-39%) and shots (14-6), and the score would have been worse than 1-0 if keeper David De Gea and center back Victor Lindelöf hadn’t played as well as they did for United. Juventus would also be a bigger favorite for the second meeting if they hadn’t effectively clinched first-place in Group H already, sitting five points ahead of second-place Man U with a perfect 3-0-0 record. As it is, sportsbooks have Juve at -170, Man U at +480, and the draw at +270 so if you are the type of person that like to place some action on games, this is definitely a good opportunity, but be diligent, and look at this list of sites first to make sure you picked the best price and payout options.

Just like the fans of United heralded the return of Cristiano Ronaldo at the Theatre of Dreams, Paul Pogba will be in the spotlight in Turin. The French midfielder left United when he was only 18 for the Old Lady and his best spell in football was with the Seria A, playing along the effervescent and mesmeric Andrea Pirlo in the middle of the pack. Although he has been banned from talking to the media, he has labeled his former club as his home.

“I expected it, it was crazy,” he told RMC Sport. “I spoke with my brother last summer, I said: ‘Imagine, we’re in the same group as Juve’.

“For me it’s a pleasure, Turin is my home, it’s there that I scored my first professional goal.”

Speculations are rife that he could return to Juve but it is left to be seen. Regardless, we expect Man United to give Juve a run for their money in the encounter.