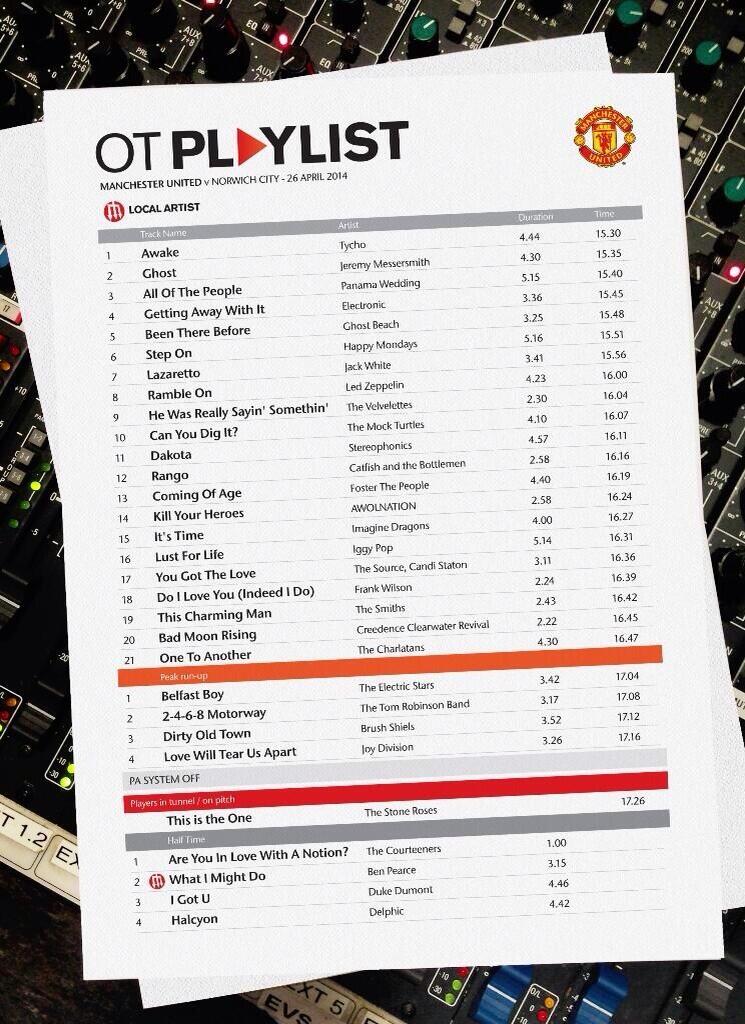 A massive day at Old Trafford awaits – Ryan Giggs is taking charge of his first game as manager of Man Utd, and the excitement is infectious.

He’s said all the right things, and it’s impossible not to get lost in the romance of the occassion, especially after a season of such unremitting bleakness.

Giggs and his Class of 92 backing band leading the team out onto the Old Trafford turf really is the stuff dreams are made of for United fans, and once we’ve had a taste of this, we might not want it to end.

Ryan is a true living legend, and whether he just keeps the job for these 4 games, or ends up taking over long-term, it’s going to be a wonderful twist in the otherwise tormented tale of life after Fergie so far.

There are some great choices on today’s pre-match playlist, with Led Zeppelin’s Ramble On a particularly inspired selection by the Old Trafford DJ.

Here’s how the song starts…

Leaves are falling all around, It’s time I was on my way.
Thanks to you, I’m much obliged for such a pleasant stay.
But now it’s time for me to go. The autumn moon lights my way.
For now I smell the rain, and with it pain, and it’s headed my way.
Sometimes I grow so tired, but I know I’ve got one thing I got to do…

Hopefully United’s style today will be more rush than ramble. It’s going to be a poignant occassion all round – now it’s up to the players to do Giggs proud and show us the football we’ve been so desperate to see. It’s up to them to honour the Busby Babes, and channel the Manchester United spirit, from years ago in days of old, when magic filled the air.