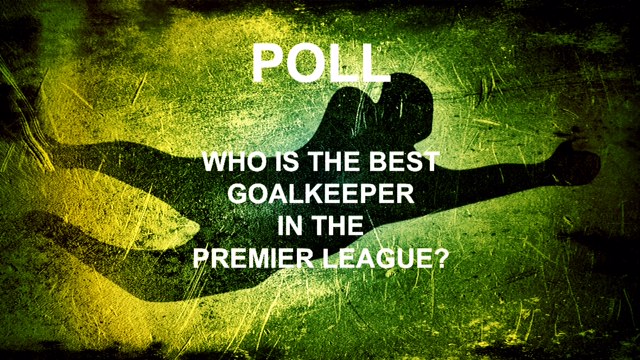 A bit of background on this poll…

Earlier today, I posted a stats-based piece attempting to answer the question “Who has been the best goalkeeper of the 2013/14 Premier League season?”

On balance, whilst acknowledging that cleansheets etc. can be misleading, and don’t tell you what contribution was made by the defence, I decided to name Petr Cech as this season’s best goalie.

I love De Gea, and think he’s probably been United’s player of the season, but I just couldn’t find the stats to make an objective case for him as the best in the Premier League.

However, a City fan said this to me earlier: “I do think that he is the main reason United are now in the top 6…almost all the United goals conceded are due to defensive errors. I look at some of Joe Hart’s errors (Chelsea 2-1, 1-0 Bayern etc.), Lloris (City 1-0), Cech (3-1 PSG) or Szczesny (0-1 Newcastle), and then thinking of De Gea…I just can’t think of even one example…Chelsea have the best defence but not the best keeper in my opinion.”

So what do you think? Who’s the best keeper in the Premier League? Share your answer in the poll above!