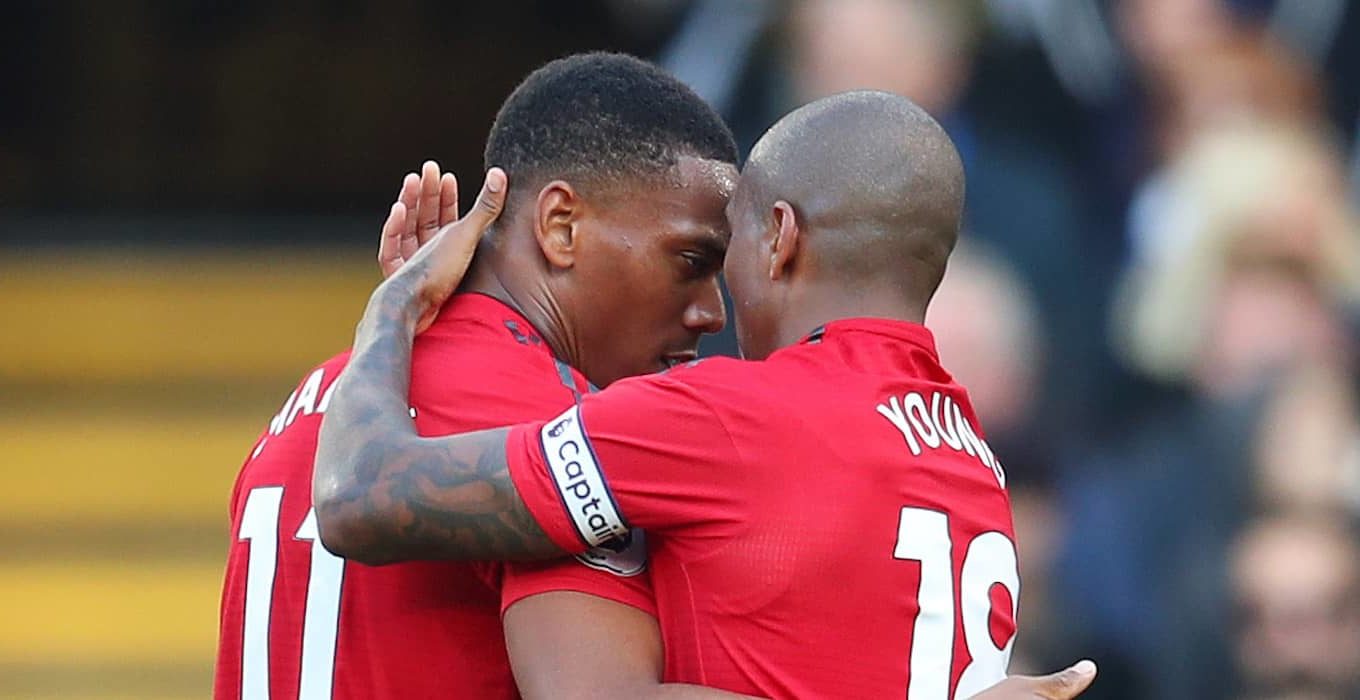 Anthony Martial has taken to Instagram to react to Manchester United draw against capital rivals Chelsea after netting a brace.

In a game which Chelsea were dubbed favourites given their recent form, they had to come from behind to salvage a point through a Ross Barkley late equaliser.

United had a shaky and flat first half performance that was akin to football underdogs – they were outplayed, outclassed and outscored, thanks to a powerful header by German sturdy defender Antonio Rudiger in the 21st minutes of the half.

The Red Devils were destined to lose the match if they sat back and allowed their host enjoy possession and control of the game. Thankfully, Mourinho’s pep talk apparently boosted the morale of the players who turned the tide around in the second half.

Martial made the difference for United as he scored a brace to put United in the lead, with his second goal coming in the 73rd minutes. Mourinho was seeking his first win at Stamford Bridge since taking charge of the reigns of United until Barkley spoilt the party with a lashing equaliser in the 96th minutes.

Although, United came-off the game with a point, Martial justified his selection with a standout performance. The 23-year-old French attacker took to Instagram to make the following post after his man of the match performance.

For the second consecutive League games, Martial has been picked ahead of Alexis Sanchez and his barnstorming display today means we are likely to see him start in the same position in our next League encounter.

Mourinho was pleased with Martial who showed pace, unpredictability and raw finishing ability – the Portuguese manager may have shove his brawl with the French star after a cuddle as he substituted the star.

The fans were also pleased with the show-off Martial.

A major positive is that, once again, Manchester United looked slick when the shackles were removed. Allow Mata to dictate the attacking play and give Martial the space. Great performances from those two.

A major positive is that, once again, Manchester United looked slick when the shackles were removed. Allow Mata to dictate the attacking play and give Martial the space. Great performances from those two.