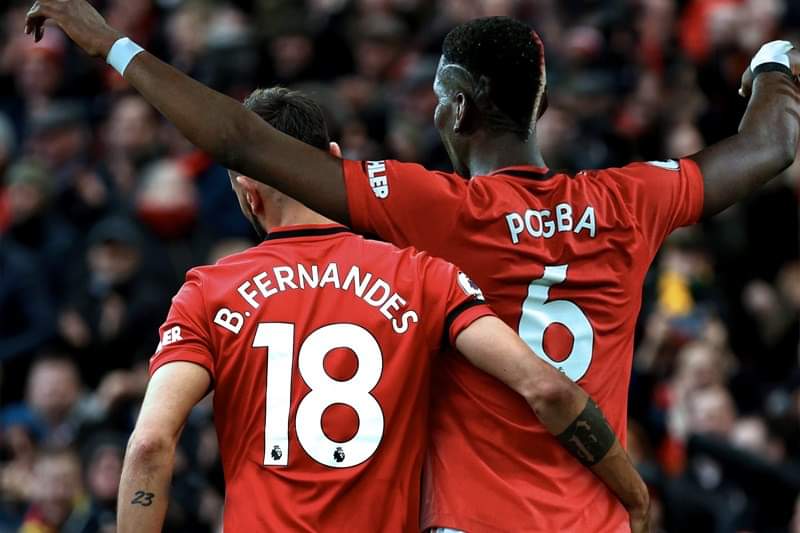 The signing of Bruno Fernandes by Manchester United has changed the outlook of the Ole Gunnar Solskjaer’s team. The Portuguese has added a spark of creativity to the middle of the pack for United – however, there’s a debate over how the Red Devils can set-up with Pogba and the former Sporting CP playmaker in midfield.

Since he joined Manchester United the January transfer window, Fernandes has proven to be a revelation for the side, after he registered three goals and four assists in nine matches. This earned him a place in the BBC Premier League team of the season and several pundits have touted him as a possible replacement for Pogba, who has been heavily tipped to join Juventus or Real Madrid. Alas, Ole Gunnar Solskjaer has ruled out a possible move for the star and we are set to see them play together for United.

According to SBD, when it comes to the online betting world, not many sportsbooks have 2021 EPL title odds posted, but the ones that do still see it as a two-team race between Liverpool (-120) and Man City (+125). United generally has the third-best odds, but are generally longer than +2000, despite the team playing stronger in 2020 and getting healthier than it’s been in ages during the break. United are focused on determining a formation that utilizes both Pogba and Fernandes as a key part in the remainder of the season that might help in increasing their odds, but most important find a way to be more competitive next season.

Solskjaer has set up his team in a 3-4-1-2 or 4-2-3-1 formation against the bigger teams this season and the Red Devils have been quite impressive in adapting to the set-up. This will see a defensively minded midfielder sit in front of the defense, with Pogba given the freedom to roam the length and breadth of the midfield, while Fernandes will star as the creative hub of the team.

Pogba has polarized the opinion of fans over his inconsistency but some pundits have blamed his form on the lack of a proper creative midfielder. His best years in football is believed to be during his spell with the Old Lady of Turin and this was largely due to the fact that he had freedom in midfield while playing with the legendary Andrea Pirlo in the middle of the pack for Juventus and this is exactly what a partnership with Fernandes will offer him when they play together for United.

United are sure to have a formidable midfield that can retain ball possession, create chances and score a number of goals.