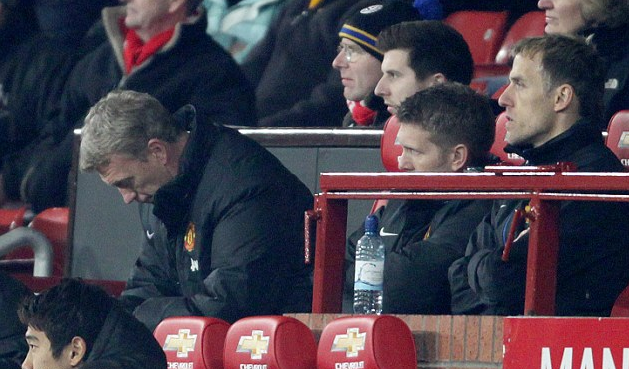 How many times during your life have you wanted someone to get sacked? Think about your own work life – there may have been a few people you’ve disliked or even hated, but it’s not generally something we wish on other people. Why? Because losing a job because you’ve not been good at it is awful.

This morning I woke to the news of David Moyes’ sacking. I immediately greeted the news with a joy that would usually be reserved for the opening of a wrapped special edition of The Manchester United Opus (£7,999 in Selfridges if anyone wants to treat me). It then occurred to me that I was essentially taking pleasure from somebody losing their job; which to me, seems pretty heinous.

When someone usually loses their job, it’s all a bit hush hush. It’s done quietly, sometimes in a Machiavellian fashion and sometimes that person just stops turning up for work. There are often rumours but it rarely gets shouted around the office – they leave and we move on. Football, however, always does things a little differently; a little louder, a little more dramatically.

Logically, it’s obviously the right thing. Though on some level, I feel bad for poor David. I get the sense he didn’t lose the dressing room; he never actually had it in the first place. He never enjoyed the full support of the fans and it was telling that our rivals revelled in Moyes’ appointment and continue to do so. Although he looked a good fit at Everton, he’s always looked weak in the Man Utd throne, and a shadow of the man he once was. In fact, when we look at the contrasting fortunes of the two clubs; Everton are finishing the season how we thought our first under Moyes would transpire. What this demonstrates to me is that Moyes never had the ability to run a club of the highest level, while Roberto Martinez looks far more ambitious in comparison.

This doesn’t make me angry at Moyes; it’s the lack of foresight from the board and dare I say, Sir Alex, for appointing him. But there are things he’s done to get angry about. Chiefly, his first acts as Manchester United’s manager: getting rid of the majority of the back of house and completely fluffing the transfer window. His days were numbered after these acts of incompetence; a death sentence at the very beginning of his tenure.

So whilst I feel sorry for Moyes, I can’t help but feel happy that we’re finally getting rid. And 12 months’ pay is still a pretty tasty severance package, unlike you or I who get jobseekers and possibly a bout of depression. So whilst I’m somewhat conflicted about his sacking, I’m confident this is best for the club.

David Moyes’ legacy? He took a championship-winning team to Everton’s level whilst his former club rose above, playing bland football with players who didn’t want to play for him.

David Moyes was never the man of the hour; he was an effigy of Sir Alex. He had one level – upper-mid table. Anything better was an anomaly or a false dawn.