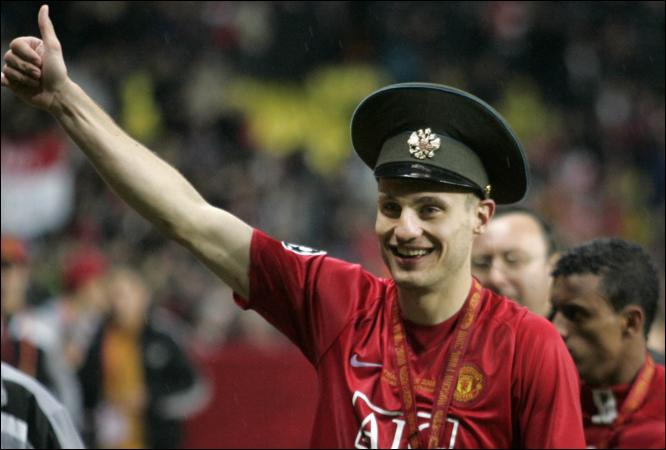 With the announcement yesterday that our captain Nemanja Vidic will leave the club at the end of the season, it feels like an era is coming to an end.

Whether it was wise for this news to come out at this time is debatable. Sir Alex kept his retirement a secret because he didn’t want to disrupt the team in their title winning charge; maybe Vida could have kept a seal on it until closer to the end of the season.

Will Johnny Evans be capable of taking the senior centre half’s role with his injury record? Can Smalling and Jones finally cement that partnership at the heart of the defence as Fergie had planned?

Rumours abound of who’s next to leave. Evra seems likely, Nani possibly if we can lower the price, Anderson or Andow as he’s now known, Fabio’s gone; even Giggs is rumoured to be retiring at the end of the season.

Will Young and Valencia finally spread their wings away from Old Trafford and will Kagawa be saying sayōnara to Stretford?

There’s even a rumour that Van Persie might go back to Arsenal for £15 million, and perhaps Madrid might make a ridiculous bid for Januzaj? Can we convince Rooney to stay with no Champions League and the carrot of the captain’s armband, plus three hundred grand a week?

Hopefully Moyes and the hapless Woodward learnt from last summer’s debacle, but the question remains – who will Moyes be able to tempt to Old Trafford with his management style and lack of reputation?

Summer will sure be interesting for United.