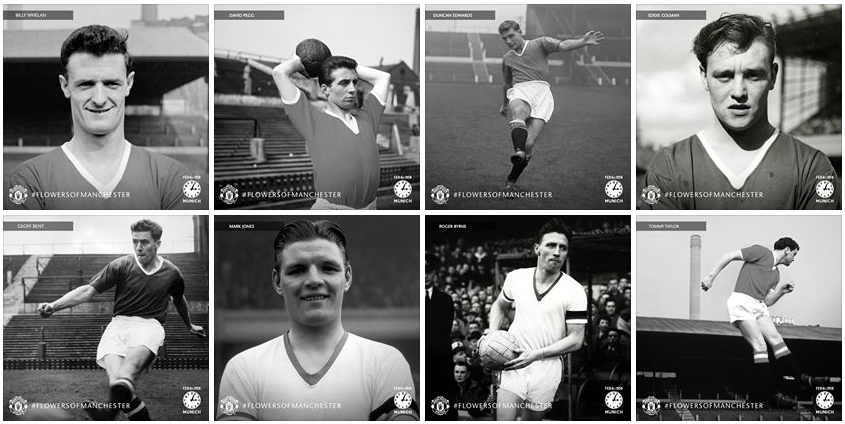 Today we remember the darkest day in the history of our great club, that horrendous afternoon back in 1958 when 23 people died in the Munich air crash.

Eight players and three members of staff tragically lost their lives, whilst our manager Matt Busby fought bravely for his. Busby survived, and 10 years later his United team became the first English champions of Europe.

Flying back to Manchester from Belgrade after playing Red Star, the plane stopped in Munich to refuel. The first two attempts to take off were aborted and, on the third attempt, the plane crashed.

Twenty one of those on board died instantly. Duncan Edwards, who was one of the 8 players killed, passed away 15 days later. The tragedy is a massive part of our history, and those players will never be forgotten.

Eight journalists also perished, along with the plane captain, crew member, travel agent and a personal friend of Matt Busby.

Flowers of Manchester, we will never forget you.