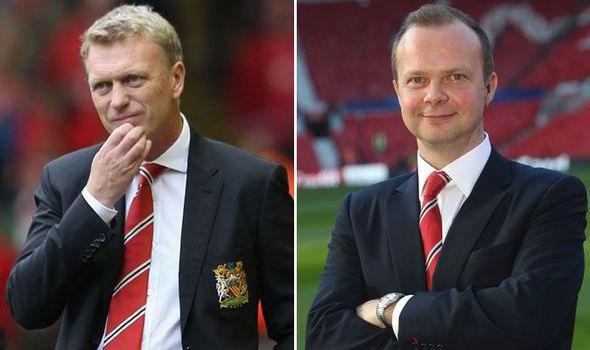 The latest reports indicate that David Moyes is going to offer Tom Cleverley a five-year deal worth over £15 million. As much as I thought the misguided online petition by some ‘fans’ was distasteful, their disdain at Cleverley’s mystifying lack of progress may not have been misplaced. However, as much as Moyes wanted to place an arm around Tom’s shoulders, a five-year contract extension and pay rise seems a little extravagant.

Then there is Rooney. No one can deny that he has been the outstanding player in an incredibly disappointing season, but again, another five-year deal and a huge pay rise for a player the wrong side of his peak. After his slack performance for England mid-week, some pundits are questioning whether he might begin to slack off now his new deal’s in the bag.

Anyone seen Nani lately? He seems to have vanished, and hasn’t even been spotted in the stands since his latest hamstring injury suffered at the beginning of December. An inconsistent player that was wanted by Juventus in the summer, but Woodward declined their offer as he also wanted a year’s free pizzas and a case of Peroni. So Moyes rewarded Nani with… you guessed it, a five-year contract!

In the papers this Sunday, it seems that Moyes also wants to bring in Shaw and Lallana from Southampton. Shaw, I’m not so sure about (sorry!), but I do think that Lallana is a decent player. However, £40 million for the two of them seems excessive. Then again, with both probably on the plane to Brazil, Southampton might even managed to tease a bit more out us.

Re-building is what is required, yet all we hear is how Moyes is traversing Europe, with a new scouting team, trying to capture any big name he can, and usually ones that are already being courted by richer and UCL-bound teams. Are we heading for another summer of discontent while Woodward and Moyes chase their tails again?

Nick Powell, on loan at Wigan, is their top scorer, Lingard has been lauded by each team he has been loaned to (currently Brighton), and even Gareth Southgate, manager of England’s under 21s, claims that Lingard is a star of the future, along with Zaha!

If we are intent on stealing other Premier League stars of the future when we already seem to have our own, is Moyes really spending our money wisely?