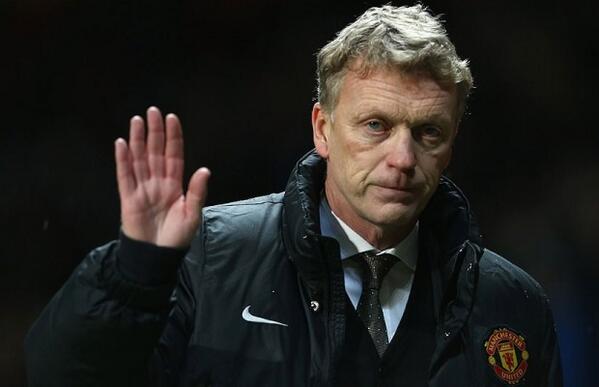 I can’t help but ask the board: seriously, what were you thinking? It’s easy to be critical in hindsight, but the obvious warning signs were there all along.

What possible grounds could there be for selecting Moyes as the man to succeed the greatest manager in the club’s history? Was he charismatic? No. Had he won trophies at his previous club? No. Had he had success in Europe? No. Had he played great attacking football that the world had been admiring? No. Had he shown consistent commitment to developing players from the youth system? No.

So what on Earth made the United board think that he was going to be the great success that the owners and supporters of Manchester United demand? Of course, we all expected a period of transition, but in all our minds, that meant maybe not winning any trophies for a couple of seasons, but still being there or thereabouts, and certainly not finishing outside of the top 4.

I happen to know a number of people at Man United, and I can say honestly that a few years ago, when Everton failed to turn up for the FA Cup final after beating our reserves in the semis, I was very vocal about my opinion of Moyes, who was clearly not the right man to follow Fergie. I remember clearly calling him a loser who bottles it every time in the big games and would never be the right manager for our club. I have stood by this since the day he was appointed, and whilst as a fan I would have loved for him to prove me wrong, in my head I knew that wouldn’t happen.

I wrote more than once that Moyes had lost the dressing room and, in truth, I don’t think he ever had the players’ respect. Those inside the club should have been able to see this much earlier, and realise the damage it was doing. They should have sacked Moyes in December and had Giggsy / Butt take over until the end of the season. What’s the worst that could have happened? Maybe we’d have finished 10th instead of 7th, but I doubt that very much, and as they would have had the respect of the dressing room, I believe they could have had us fighting it out with Arsenal and Everton for that most valuable 4th place, instead of us finishing in the lowest position of any previous champions other than Blackburn Rovers. Look where they are now!

To not have taken a single point off Liverpool, City or Everton is reason alone for his sacking; this had never happened in our history, and the goals record in these 6 games is abysmal (scored 1 , conceded 14). Not to mention all the other records Moyes achieved during his short tenure; short but way too long.

I seriously believe Moyes is the worst manager for the past 70-80 years of our great history, and those who appointed him should be asking serious questions about their ability to identify the right man for the biggest job in English football. Remember Martin Edwards appointed Alex Ferguson, who is no longer involved in the day to day running of the club, and whilst many United fans back in the day were not big fans of Martin, if you look at what he did, he did a magnificent job for the club and us as supporters.

I have little idea who the next man in charge will be. It seems that Klopp has ruled himself out, so, like most of you, I am pretty sure it will be one of 5:  Simeone, Van Gaal, Martinez, Ancelotti or Giggsy. I have argued many times this season that Simeone would be a great Man Utd manager, but he’s certainly not the bookies’ favourite.

I am hoping that The Glazers pick wisely this time, and look at all aspects of the man they wish to hire. His winning record, his footballing philosophy, his youth policy, his transfer history, his coaching staff, his relationships with players and whether he is big enough to manage Manchester United.

I am certainly looking forward to being able to write positive things here in the near future. Of course I realize that 99% of my posts these last 6 months have been very anti-Moyes, and therefore very negative, but it’s been extremely difficult to find any positives since the day he was announced as our new gaffer. I also stand by what I have written – that had Moyes been anything but a Scot, I don’t think he would have been considered by Ferguson, and in turn the rest of the board.

We can all agree that Moyes’ appointment was a massive mistake, scarily reminiscent of the post-Busby years. My message to the board? For all us loyal fans, get it right this time!