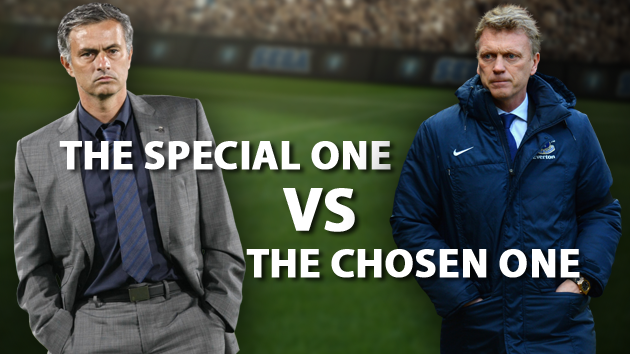 As I watched Football Focus on Saturday in the bright sunshine here in California (for all you ex-pats, check out www.uktveverywhere.com), the interview with Mourinho was something quite special, and he makes you want to listen carefully to every word he says.

I watched in awe of a man who is without question the most intelligent human being in football today. I have absolutely no doubt that he was gagging for the United job and to take over from Sir Alex.

He has moved around from Porto to Chelsea to Inter to Real and back again to Chelsea, and everywhere he has been a huge success, winning La Liga with Real when Barca had arguably the best team in the world, gaining 92 points in La Liga but finishing 2nd, winning the treble with Inter, and knocking Barca out of the Champions League on the way another brilliant achievement.

The man is a genius; a genius that would have taken the Old Trafford hot seat over any other job on offer, including Chelsea. He is a man who is now settled – he has done his hopping around Europe with huge success, but he was ready for a permanent home, and that home should have been Manchester and Man Utd.

What was the board thinking? What drugs were they taking when they decided David Moyes was a better option than Jose Mourinho? Do they really think that if Jose had taken over on July 1st we would be sat in 7th place, 14 points behind the leaders and completely out of the title race before the end of January? The board are made up of old men – Sir Bobby Charlton is a wonderful man, brilliant player and has been fantastically loyal to Sir Alex and MUFC, but sometimes you have to accept that, as you get older, your views can become somewhat backwards, and in my opinion that’s what has happened at United.

You can be sure that if Mourinho had got his wish and been appointed as manager of Manchester United, we would most likely be in 2nd / 3rd place right now, a couple of points off Arsenal. I’d also imagine we would have made a signing or 2 this January window, on top of the 3 he would have made back in the summer, and we would be anticipating another gripping finale to the season fighting on all fronts for silverware.

Instead, we are fast becoming a laughing stock; an insignificant team that has gone from Champions to mid-table in half a season. We have spent £28 million on one player who looks completely out of place in a top team, and who we probably couldn’t offload for more than £12 million. We are out of the FA Cup, in the last 16 of the Champions League thanks to a fortunate group draw and now a decent draw in the last 16, and in the semi-finals of the Capital One Cup, which we would all trade for a top 4 finish.

We hired a manager that has never won a single trophy in his career, yet is the same age as Jose and has been a manager the same length of time. David Gill advised us fans that Fergie’s replacement would be someone with the “requisite football experience,” both domestically and in Europe. So what do they do? They appoint a man with neither, over a man who has the lot. If you make the same mistakes in business, you will quickly go bankrupt, but football seems to have its own set of rules.

For those who keep going back and comparing the start of Sir Alex’s reign Moyes’ first season at United, a simple fact seems to have been overlooked – Moyes took over the CHAMPIONS OF ENGLAND, not the pub team that Sir Alex took over back in ’86. Moyes has taken a squad of extremely confident professionals and got them playing more like the pub team Sir Alex took 28 years ago. Of course, we were all accutely aware that new top players were needed, but the fact remains that the same set of players were champions only a few months ago.

Jose would have kept those trophies coming, and would surely have won the Champions League with United, maybe on numerous occasions. I just wish someone from that boardroom could explain the deranged decision to appoint Moyes over Mourinho.