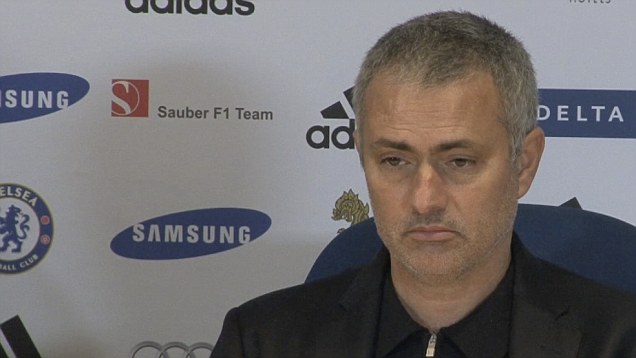 With United traveling to Chelsea on Sunday, Mourinho is trying to start the mind games, but without any of the style and sting of the Mourinho we all knew and loved in his last spell as Chelsea manager. With his new state-the-bleeding-obvious approach, he’s less cunning fox; more playful puppy.

His comments, which were initially published in the Daily Mail yesterday, claim that he has inside information that all is ‘not happy’ within the United camp:

“My feeling, which is based on years of communicating with Sir Alex and some inside information, is Man    United are not happy, but they are calm.”

Well Jose, that’s a real surprise when the current champions are in 7th place after 21 games! We haven’t beaten any of the top 6 with the exception of Arsenal, and you have the genius insight to come out and say all is not happy at United.

We will certainly be a lot happier come 6PM UK time on Sunday if we have somehow managed to get 3 points at the Bridge. Whilst that may seem unlikely on current form, football is a funny game as Jose well knows from his days at Porto.

The latest news suggests that Rooney will miss the Chelsea game, but maybe Moyes is playing some mind games of his own. It would be great to see Wayne make his comeback in West London after his warm-weather recuperation in Egypt, and even better to see him score the winning goal against the team that has been casting increasingly covetous glances in his direction.

Do you think we should risk him for the Chelsea game, even if he’s not fully fit and he ends up missing the Capital One Cup second-leg tie against Sunderland as result? Let us know in the comments below!

One thought on “Mourinho Thinks United Aren’t Happy? Tell Us Something We Don’t Know!”