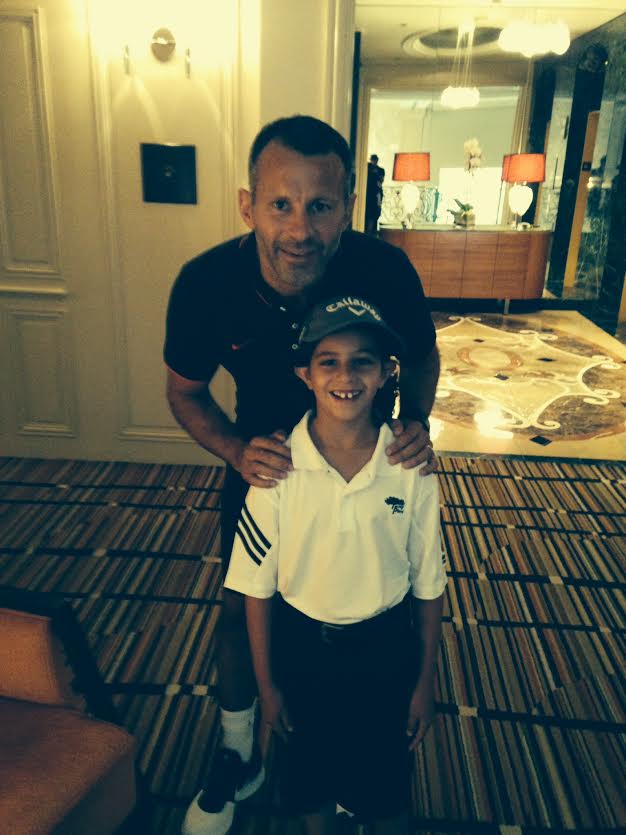 As I mentioned in my post about United’s pre-season tour yesterday, the plan today was to take my son Max (a very promising young golfer) to meet with our very own legend, Ryan Giggs.

I can only say what a great guy he is – he spent close to 30 minutes talking to Maxi about his golf, watched his swing, and gave Max some insight into how he became a professional footballer. He was very relaxed and seemed in tremendous spirits. He told us how much he loves it out here in California, and was grateful that so far the weather had been cooler than usual for July (it’s quickly heating up!)

After talking to Ryan, Max then went to play a practice round at the Junior World Olympics, starting tomorrow here in LA. He played one of his best rounds of his short career – 3 over par with a triple bogey and a double bogey, so thanks Giggsy for the inspiration!

Looking ahead to next season, I get the feeling that the new regime will not suit all the players, especially the older ones who are used to a completely different way of working, but the young players will thrive under LVG and Giggsy.

That’s all for now folks – I will report after the game against LA Galaxy on Thursday.