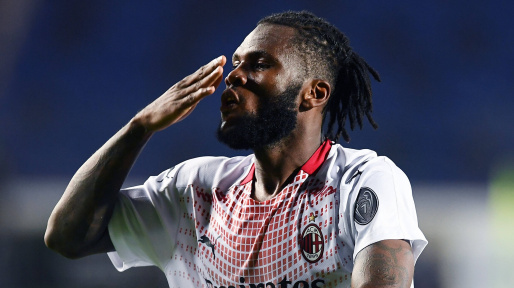 Having signed a number of high profile players in the summer, United still look shaky as they lack quality in the middle of the park.

The Red Devils have turned to AC Milan’s Franck Kessie as they look to bring in a defensive midfielder that can break the oppositions play and build up from the back.

Ole Gunnar Solskjaer has taken the blame for the Old Trafford side’s underwhelming results in recent weeks across all competitions. They have managed just one win in their previous five, losing 4-2 to a Leicester side over the weekend.

The team lacked cohesion despite the array of talents on display. The likes of Cristiano Ronaldo and Jadon Sancho looked isolated upfront while Paul Pogba and Bruno Fernandes were never threats to a rather simple Leicester City side.

During the loss to the Foxes, United’s defence was on the loose each time Leicester pressed forward. Every through ball to the forward line was a threat to Harry Maguire and co as Nemanja Matic looked out of position.

Neither Fred no Donny van de Beek has shown any signs of being better than the Serbian, with the latter being refused game time since his move to the Theatre of Dreams in 2020.

While many Manchester United supporters believe that the team needs a change of leadership, they also hold the belief that a world class defensive midfielder can be the catalyst in a season that is already worryingly absurd.

Hence, the clubs hierarchy hold the view that Kessie is the right man to lead United to glory. As seen on casino australia the midfielder had a pass success rate of 88.9% in the previous season which was a combination short and long passes.

Also, only Pogba attempted more dribbles than the top-rated footballer in the United squad. Another element of Kessie’s play that would be integral to a United team is that he scored a total of 14 goals in the previous season which is a great return for a defensive midfielder.

United will be looking to secure his services when the January transfer window opens.