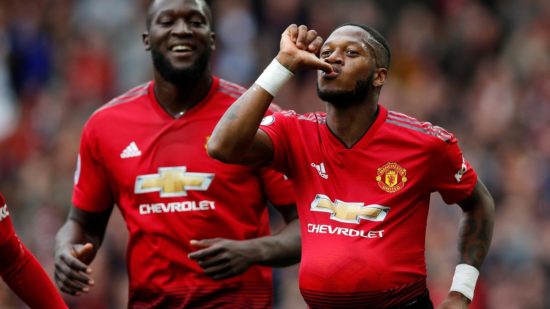 On his arrival from Shakhtar Donetsk in a £52.5m deal in the summer, Jose Mourinho spoke about Fred as a player who offers something different than the other midfielders at Old Trafford. He even resisted comparing the 25 year-old to retired Michael Carrick.

The Portuguese coach said Fred was a “technical” player whose style complemented the other midfielders at the club including Pogba, Matic, and Herrera. However, there are indications that the aforementioned Spanish midfielder’s days at the club are numbered.

Since the start of the season, the Spaniard has been limited to only four appearances – he is in the final year of his  contract but United appear to be reluctant in handing him a new deal. Fred, on the other hand, has featured in seven games this term.

Herrera, who started his career as a box to box midfielder, once compared to United legend Paul Scholes, admitted in 2017 that he was “modelling” his game after Barcelona defensive midfielder Sergio Busquets.

At Athletic Bilbao, Herrera was a playmaker who initiated deadly attacking moves. His spell at United, however, has been about him stopping oppositions’ attacking moves.

Fred, like the United version of Herrera, loves sitting deep. On the contrary though, he prefers initiating counter attacks from his deep lying position than just containing the opponents.

In addition to his great passing ability and range, Fred also possesses speed which is a rare characteristic among midfielders, especially those playing from a deep position. As he has shown in many games this season, he is a more versatile midfielder than Herrera. He doesn’t shy away from scoring goals too.

Keeping Herrera at Man United may just be another expense when Fred can fill the role and perform even better.

According to several reports, Herrera could go back to Bilbao as his former club are keeping an eye on his situation at Manchester United. This may just be the right time for the Spaniard to leave United.

Ander Herrera has always believed in United, he has always fought for the club; but the arrival of Fred may have just signaled the beginning of the end of his career with United.