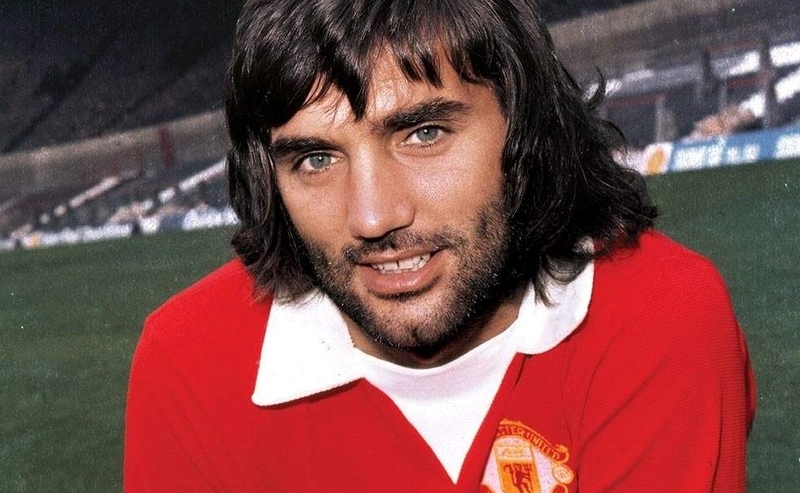 Regarded as one of the greatest footballers of all time, George Best has also been described as one of the best dribblers to grace the pitch. During his playing career, the Northern Irish footballer played both as a winger and an attacking midfielder.

Best was renowned for his pace, dribbling, goalscoring instincts,  and two footedness. The former attacker was born and bred in Belfast. He started his playing career with Manchester United in England.

Having been spotted at the age of 15 by a United scout, Best debuted for the Old Trafford club aged 17. He would on to make 470 appearances for Manchester United scoring a total of 179 goals.

His career at United spanned 11 years where he was the club’s highest goalscorer in five consecutive league campaigns. In 1968, the year United won their first European Cup, Best scored 32 goals in 53 appearances.

He won the Ballon d’Or in 1968 followed by the FWA Footballer of the Year Award. Best surprisingly quit football at the young age of 27 when he was in his prime. However, the powerful attacker returned back to football, turning out for much smaller sides until retiring at 37.

On the international scene, Best played 37 matches scoring nine goals. He never played in either the FIFA World Cup or the European Championship. Despite his not-good-enough performances for Northern Ireland, he has been described as the greatest player to ever don his country’s shirt.

Alongside players like Johan Cryuff, Pele, and Maradona, Best was one of the first celebrity footballers. His style of play, dribbling skills, and showmanship made him a fan and media favourite. The former United man scored a brace in a European quarter final against Benfica at Estadio da Luz, cementing his popularity in World Football and legendary status at Old Trafford.

The Belfast City Airport has also been renamed after him – an event which occurred on what would have been Best’s 60th birthday.

He died in 2005 due to complications arising from medications he needed to take following a liver transplant in 2002. At his funeral, the BBC reported that Best was mourned and regarded as the “beautiful boy” with a “Beautiful game.”