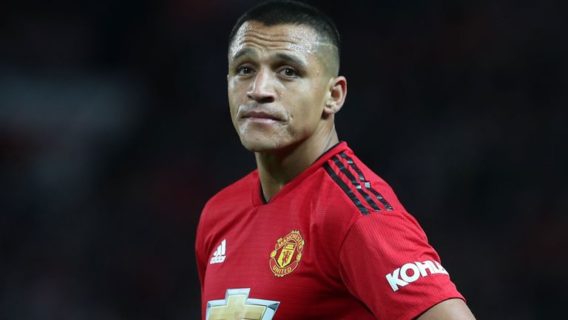 Following his £30 million move from Barcelona to Arsenal in the summer of 2014, Alexis Sanchez took no time in becoming an instant hit at the Emirates. Not that he has taken time to settle at any of his previous clubs, but the Sanchez witnessed at the Emirates was a total beast.

The Chilean became the over 20 goals a season man for Arsenal in the 2016/17 season. Beyond his goals, his work rate was outstanding. He was everywhere – right, left, center. Under Arsene Wenger, he looked like the typical Mourinho player who would play through pain and discomfort for the benefit of the team.

In January 2018, Sanchez became a subject of transfer tussle between Manchester United and Manchester City. To many, it was a surprise he chose the Red Devils over their neighbours considering his former coach Pep Guardiola was leading the Citizens and they were far ahead of United on the log and the pitch. But, it shouldn’t have been a surprise.

The Chilean forward wanted a club where he could compete at a higher level than at Arsenal. Jose Mourinho wanted a top player who could show his youngsters the essence of work. At City, he was only going to be another player on the flanks. So, the choice was clear for Alexis Sanchez.

Since his debut for United, the Chilean hasn’t been as prolific as he was at Arsenal. He has only scored two goals in the EPL which is a below par return for a player of his caliber. While his quality is not in doubt, fans have been calling for the ex-Barcelona man to be dropped. They want to see more from Anthony Martial and Marcus Rashford. This wasn’t the Sanchez they craved.

The goals may have dried up, but United still need Sanchez. Without any doubt, he makes United stronger. He biggest asset is the fact that he is adept at providing assist with his inch-perfect curly passes and he tracks back when ever he loses the ball.

Manchester United have lots of quality in their ranks, but no one among the players has the profile, pedigree nor experience that Sanchez brings to the team. He has played in the Italian league. He turned out for Barcelona, then Arsenal. He has won national tournaments with Chile.

All that said, Alexis Sanchez still wants more. It is the hunger, the drive, that caught Mourinho’s attention. While he may not score 30 goals a season like he did at the Emirates, he has a lot in store to offer united.