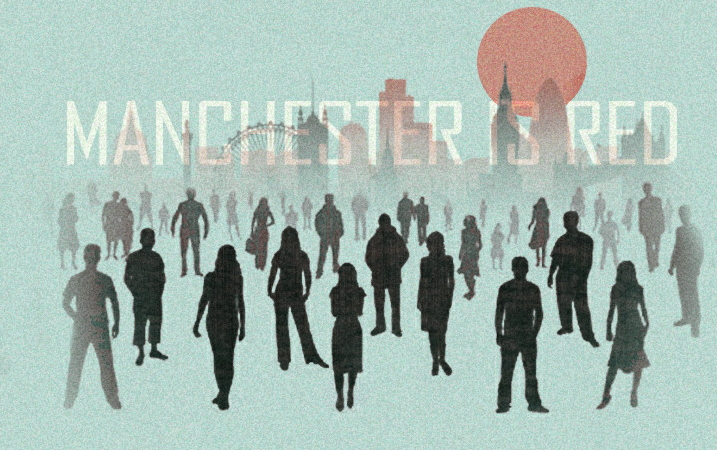 It’s ironic that, after all the ups and downs of the last year or two, probably our two most encouraging performances have accumulated just one point.

Note, I’m not saying these were our best performances. Those have been few and far between lately; some of the recent wins have seen us purring, albeit against opposition like QPR. But watching the Chelsea game last week, and then the City game, I felt an odd feeling that I hadn’t really felt since Fergie left. There’s just a little bit of hope that something might be coming together.

Now, let’s put all this into context. Chelsea are streets ahead of the rest of the league this season and should win it at a canter. City, like it or not, have overtaken us. There’s no debate about it anymore. We can complain about their Middle Eastern money all day long, but it’s not exactly like we’ve been penny-shy of late ourselves. There are mitigating circumstances in our case (all fully explored in months of previous posts on this very Man Utd blog) but City pipping us to the title a couple of season back was not a fluke, and we are staring up the league at both these clubs with envy. They deserve their success.

All of which made me feel a bit more relaxed going into these games as underdogs. I hoped at least that, win or lose, the players would show up and express themselves, give everyone else something to think about, and give us fans something to be proud of. It’s not something we could have said last season, coming off thumpings home and away to City, and at Chelsea, as well as Liverpool, Everton and… well, take your pick. The fear in the eyes of the players and the manager was embarrassing for the fans to see. Just think of how you felt watching those games last season and tell me we’re not in a better place right now, whatever the comparative tables might say.

We’re not going to win the league this season, and that’s OK. I’d love for us to win these games, and every other game too, but let’s hope that we can collect the points when we are really challenging against these teams. In the meantime, I enjoyed seeing the pride that the players have shown lately.

3.     We Should be Grateful for a Much-Improved Midfield

Most of all, our midfield is starting to transform. It’s a long way from perfect, but suddenly we have our pick from a combination of Blind (who to me looks a proper footballer and is only getting better), Fellaini (long may his form continue – he was terrifying when he played against us for Everton so let’s hope he can show what he’s really made of now), Herrera and Carrick, with Fletcher there if we need him. I hope that, given this season for those talented players to gel, we’ll really start seeing some results over the next twelve months or so.

4.     We Have a Formidable Forward Line in Flux

Up front, it’s good to see Januzaj getting some games despite the marquee signings around him, and looking confident and strong with it. He was unlucky to be the fall guy against City when we went down to ten men. Given that RVP looks like he’s unlikely to recapture his previous form and Falcao’s location next season is still a mystery, I hope that Adnan gets a good run of games so that he’s really in the mix with Di Maria, Mata and whoever else wants to put the ball on Rooney’s head next season. I’m just hoping that, between them all, our high-profile forwards can contribute enough goals this season to see us into the top four come May, and we can deal with the consequences next summer.

At the back, who hasn’t been impressed by De Gea over the last couple of matches? He’s looking like he was born to wear the shirt. If anything, my big concern would be losing him next summer if one of the big clubs from Spain (or somewhere else) comes calling. If he was looking for a place to show off his shot-stopping talents this season, he couldn’t have chosen a ‘better’ defence to play behind, and we may struggle to keep hold of him, even if we do qualify for the Champions League.

6.     We Need to Get Over Our Defensive Delusions and Be Better at the Back

Which just leaves the ‘defence’ really. I say that sarcastically because… well, you already know why. Some of the performances at the back make it hard to see who’s injured and who’s just not very good. We can moan about the injuries we have suffered back there, which are truly shocking, but let’s be honest: do we think that having Jones and Evans fit is going to solve our problems anyway? Are we going to revert back to our clumsy back three, containing three unconvincing centre-backs? At least Smalling today took the crown for ‘Most Obvious Red Card Waiting To Happen In A Derby’ that Evans had held for a couple of years, but that’s about the only good thing you can say about his performance today. And as much as I like Valencia, I wonder whether the reason that now THREE United managers have picked him at right-back is because, like back in the playground, he says he can play there so it must be true.

Quality opposition seems to be bringing out the best in Shaw, who has been making me miss Evra less and less these last two weeks. I love Rojo’s aggression and heart, and if he can improve his levels of discipline and control he could well be a great player for us. McNair, in his limited exposure, already looks a better prospect than the unconvincing Blackett, but if both of them get some games under their belts this season, we will be the better for it, even if we do buy someone in January and/or the summer (as we really should). For the level we’re at right now, are we any worse off at the back than Liverpool, Spurs or Everton? Let’s hope our lads can stay fit and give us a great chance.

7.     We Need to Stop Dropping Points. Now Cometh the Consistency?

As encouraged as I am by these performances, what we need now is some consistency. It feels like with every step forward we just go straight back. I’m tired of people saying it’s time for us to ‘kick on’ from here because it’s not really been happening yet. Whatever our problems, whatever our results against City and Chelsea, our players are better than 80% of the rest of the league, and they need to start showing it in every game now. I believe they can do it. Keep the faith!

A couple of quick notes to end on: what secrets does Di Maria have on LVG that he is allowed to take all the corners and free kicks at the moment? Over the last two games they have been just appalling. Lucky for him the one time he actually managed to get it over the wall (and under the top of the stand) we scored against Chelsea. That aside, it’s just been a waste of time. Please let RVP, the kit man or one of the fans have a go next time.

And lastly: where is Ashley Young these days? On second thoughts, I don’t really need to know…

One thought on “8 Talking Points Following Our Derby Day Defeat”