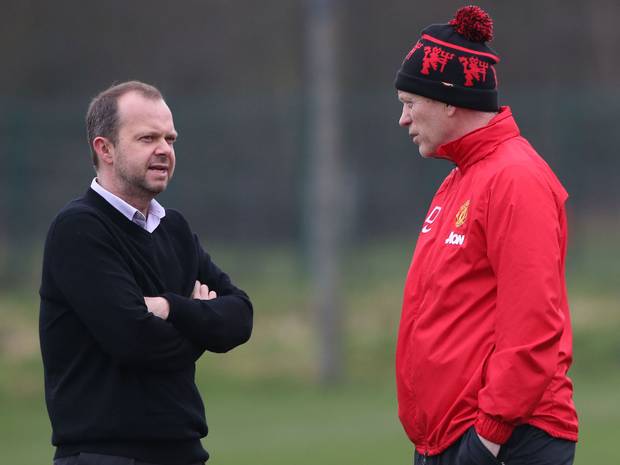 Are we yet again due for another summer of discontent?

Reports are coming through that Moyes’ so-called targets are falling fast, and we’re not even at the end of the season.

Dortmund have now confirmed Gungodan has extended his contract to summer 2015 at least (I actually think Marco Reus is a far better player but there you go), and Toni Kroos’ agent says he is staying at Bayern for the foreseeable future. How many other players has Moyes highlighted that would rather stay where they are than move to Old Trafford?

Earlier this week, the Daily Mail reported that we’re working on an offer of £30 million for Luke Shaw with a salary of £80,000 per week! Is that justified for an 18-year-old left back? To be honest, whenever I’ve seen him play, he has not exactly set the world alight, and his crossing is no better than Young’s. Pochettino has now come out and said that he expects Shaw to stay at Southampton next season – does that mean we’ll come back with an even more eye-watering offer?

Then there is talk of Sporting Lisbon’s William Carvalho, who has a £37 million buy out clause, whilst the chances of Paul Pogba coming back to Old Trafford after he helped Juventus to the Serie A title and will be in the Champions League next season are negligible at best.

There are many more famous names on the list: Barkley (Everton), Coleman (Everton), Fernando (Porto), Marchisio (Juventus), Arda Turan (Athletico), Varane (Real). Who will be genuinely tempted to join David Moyes and Philip Neville at United, unless of course we pay City-level salaries?

Who would want to join us these days? Would the recent shameful displays on the streets of Manchester by Smalling, Welbeck, Cleverley and Young – footballers who carry our hopes and dreams – have happened under Fergie’s watch? What does this say about Moyes and his control of the players, or their respect for him? Not to mention rumours of Ferdinand, van Persie and even poor Ryan Giggs, a true Man Utd legend, being metaphorically manhandled by Moyes.

I see another summer of overpriced mercenaries joining to unsettle our team even more. Gone will be the youth policy of Busby and Ferguson, with only Januzaj making it into the first team, and then only sporadically. You only have to look at Tottenham to see what a wasteful manager can do with £100 million at his disposal.