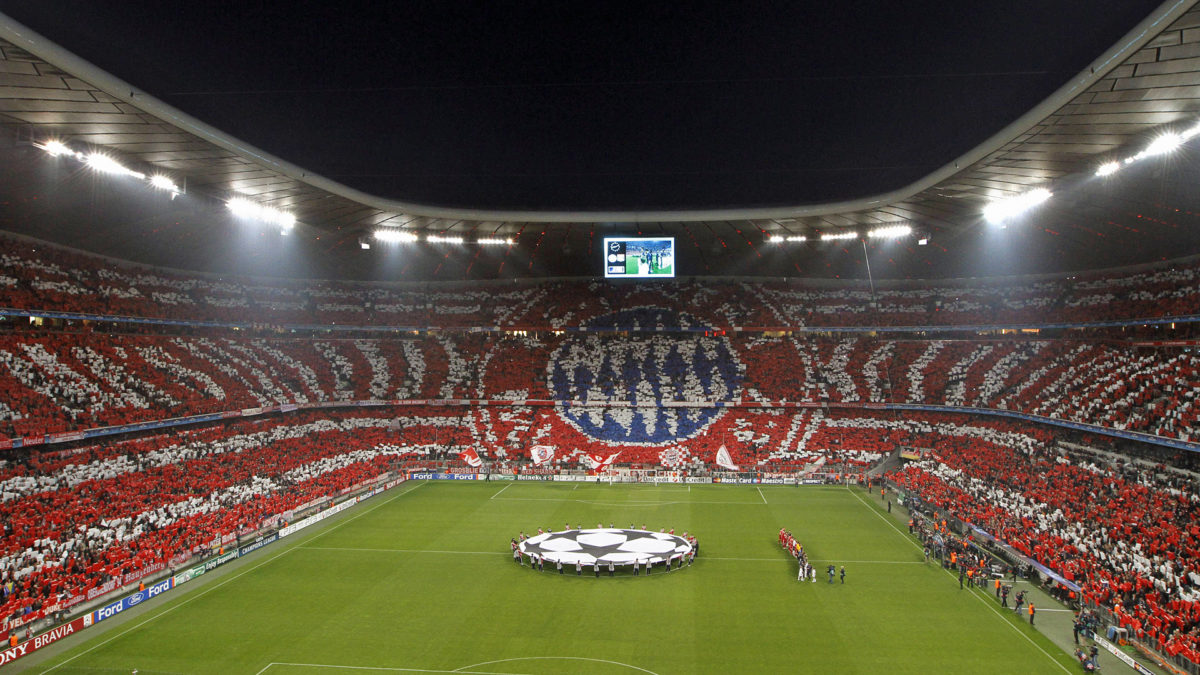 The simple answer is “yes”. Of course we can. It’s 90 minutes of football and anything can happen, as we saw at Wembley when Wigan beat City, and when they did it again earlier this year, so anyone who writes United off completely is crazy.

Should we expect to win in Munich? Obviously not. We certainly won’t be favourites for a result, but that will also be to our advantage, as all the pressure will be on Bayern.

United will surely set up the same way as they did at home, let Bayern have the ball, and try to hit them on the break. United defended very well as the stats prove – De Gea was rarely troubled. I do feel Bayern were way off their best, but you have to give United credit for always having players behind the ball in the right positions, and other than the goal when Fellaini went missing, everyone seemed to be in tune with their responsibility. You haven’t heard this from me too often this season, but credit must go to the manager and his coaching staff for setting the team up to get a result.

I have been hearing a lot of criticism on the radio of our performance, but I really can’t agree – we know we are not as good as Bayern; we know we cannot play an attacking, open game against them, so Moyes had to set up to give us the best chance of getting through to the next round. Ugly or not, that had to be his goal, and I think for maybe only the second time this season, he got his tactics right (the other time being at home to Arsenal.) Having said all this, and giving Moyes and the boys some praise, Fellaini was absolutely dreadful yet again, and it’s a scary thought that he was Moyes’ first buy for a whopping £27.5 million. In a weird way though, Moyes probably got this one right, because he is most comfortable playing a negative style of football. It’s what he did at Everton for 11 years, and the real question is will this be the way Moyes has United playing on a regular basis if he continues as the manager, or is he capable to bring in the right players and have us playing week in, week out the Man Utd way.

Sir Alex was the master of all managers for a quarter of a century. He was tactically smart, he generally bought some very good players, he set up a wonderful youth system, and his trophy cabinet speaks for itself. He was able to get so much more out of players than other managers would have – in reality, he was probably worth at least 15 points a season to the Reds. I think Sir Alex saw a massive change in the game over the last 2-3 years, and that was a big reason for his decision to retire. As recently as 3-4 years ago, the only team that really played the “beautiful game” with genuine purity was Barcelona.

But that monopoly didn’t last, and now we have Bayern, Barcelona, Atletico, PSG, Real Madrid, Borussia Dortmund, Man City and Liverpool (hate to admit it) all playing incredibly attacking football with style; the type of football that any fan or neutral wants to watch. My greatest fear right now is that we will never play that kind of football under Moyes. Managers have a style – they play the game the way they know how to play it, and Moyes is not exactly a spring chicken; he is 51 years old and was manager of Everton for 11 years. So to think he will be able to change his philosophy and play the Pep or Jurgen way seems unrealistic. I really don’t want to see United turn into Everton on steroids. I want to see us emulate Barca or Bayern, and hopefully the owners and the board have that same vision.

Whatever happens in Munich, should we somehow go on and fluke the Champions League, should Moyes be trusted with spending the money and rebuilding the team? Personally, I think not. Do we seriously believe that David Moyes is the best manager Man Utd could bring in? I can’t imagine that too many people out there, hand on heart, could say that David Moyes is the best man in the world to lead United forward. If the owners and the board are happy to settle for not too bad, then he’s probably fine. If we want to be the best, competing with the very best in the world, then surely the owners should have the playing side of the club in the very best hands. It’s time to accept those hands don’t belong to David Moyes.