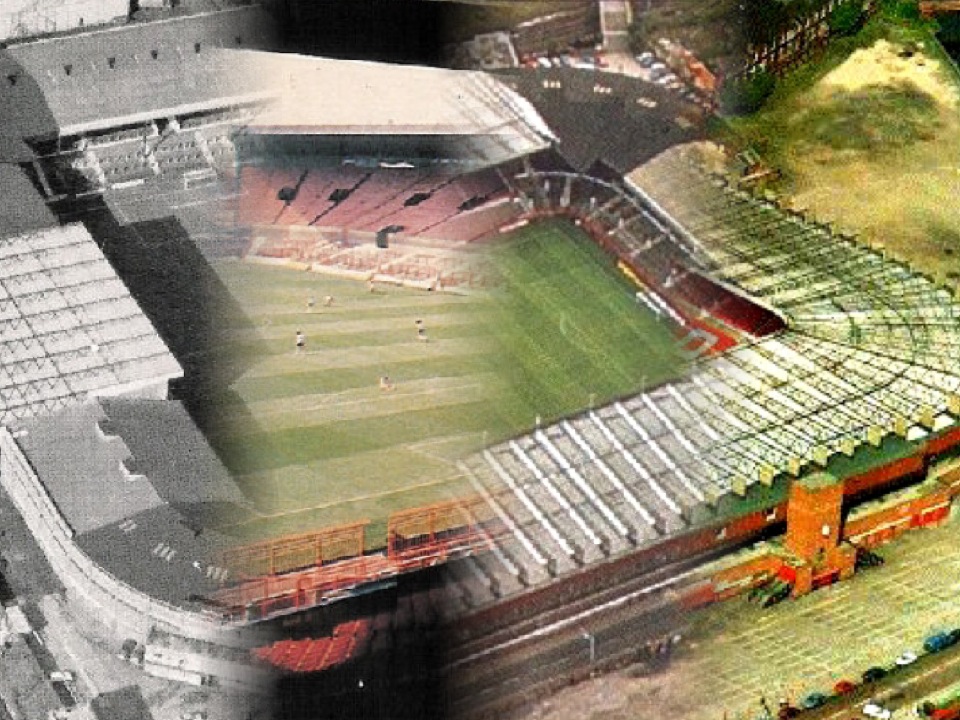 With the new season approaching faster than a mazy Ryan Giggs run from the nineties, I have been meandering through my memories of some of the games I have witnessed over the years. These memories have left an indelible mark on me, and they are why I love my team.

The first memory I have of The Reds is my mother taking me to my first match at Old Trafford in 1963. I was six years old and excited but not sure why I was going. Perhaps my dad, a staunch United fan, instructed my mum to introduce me to the Church of Stretford as he had to work Saturdays.

We made our way inside the Old Stand (now called the South Stand), a post-war structure with an evocative aroma of Bovril and cigarette smoke, and an unsettling queue of pot-bellied men, shuffling to make their way to the odious toilets not built for an army.

We walked up the concrete steps to the entrance to our block, which seemed to be up in the gods, and I fully remember the shock and awe of seeing the huge bright green pitch and the tens of thousands of people, more people than I had seen in my then short life. There was a sea of men, women and children wearing red and white scarves, singing and moving to one rhythm; rattles rasping out their war cries.

This being the sixties, and having only seen football on our valve-powered black and white telly, I shrieked quite seriously to my mum, “Hey mum, it’s in colour!”

In May 1977, we arrived at the old Wembley ground with United as underdogs. The mighty Liverpool were rampaging through Europe and dominating the then First Division. It was my first trip to Wembley proper, although I had been once before on a school trip to see England v Wales in a dour goalless draw.

In the end, we beat the best team in the land – and our old foes – with a contentious Lou Macari shot that took a deflection off team-mate Jimmy Greenhoff’s chest. Who cares which one scored – it gave us the cup and we danced and hugged strangers at the final whistle. The United scarf I wore that day is still hanging in my study six thousand miles from Manchester.

Walking joyously back to our cars, we hid our scarves when we saw a group of Scousers sitting on a wall, waiting to pounce we thought. As we surreptitiously walked by holding back our jubilation, one of the Scousers shouted to us, “Hey cheer up lads, we’re going to win the European Cup.” Liverpool were playing German giants Borussia Mönchengladbach and did indeed win their first European cup the very next Wednesday, so we were off the hook.

The next game I remember very well our 5-3 defeat to West Bromwich at Old Trafford in 1978. Johnny, my pal and United cohort, decided for once to try the Stretford End, get in with the lads so to speak. It was a fantastic game full of goals, songs and mirth, and even though we lost, we all agreed we saw a great match and our future Captain Courageous, Bryan Robson, play his part for West Brom.

In March 1984, we were 2-0 down from the first leg against Barcelona in the European Cup Winners’ Cup. We arrived full of hope that we could overturn the deficit to progress to the semi finals. No Messi, Iniesta or Xavi, but there was Maradona, Schuster and Marcos Alonso. We took a flask of scotch to keep us warm on a cool September night. A couple of rows in front of us in the Cantilever was a Rastafarian who lit his jolly just before the game began. One guy near to him mentioned loudly to his friend, “Hey something smells pungent.” The Rasta turned to him smiling and replied. “Hey man, I paid twenty five quid for this ticket, I’m gonna enjoy it”.

After Frank Stapleton had scored the third and decisive goal for United, we all jumped and hugged each other with such an overwhelming feeling of euphoria. Needless to say, our flask vanished in the melee that ensued, but we were drunk on other spirits that night.

In May 1999, I was in Bangladesh on business. For each trip I made, as I had to travel for work, I made sure the hotels I stayed in had satellite TV. If not, I would scour the streets to find a café or hotel that did so I could watch my team.

At the Sonargoen in Dhaka, they thankfully had the game on in my room. With tired eyes at 1.30am, I watched the game unfold with growing regret that I had stayed up, only to see us lose to Mario Basler’s goal in the first six minutes. However, in the dying embers of the game (and my lucidity), Sheringham deflected Giggs’ shot into the goal to equalize in the final minute.

“Oh shit” I thought – extra time, penalties… I could be up for hours yet. Then, in the blink of an eye, a Beckham corner, a deft nod down from Sheringham and Ole prodded the goal in the German’s net. As tired and drained as I was, I remember running around my bed, screaming in a whisper that we’d done it. I wanted to call my wife but I knew she would be asleep, so I sat in the room, shell-shocked, emotionaly drained but happy, and eventually fell asleep reliving those incredible moments.

These are just a few of the memories I have carried with me over the years. There are so many more, maybe you could share some of yours with us…