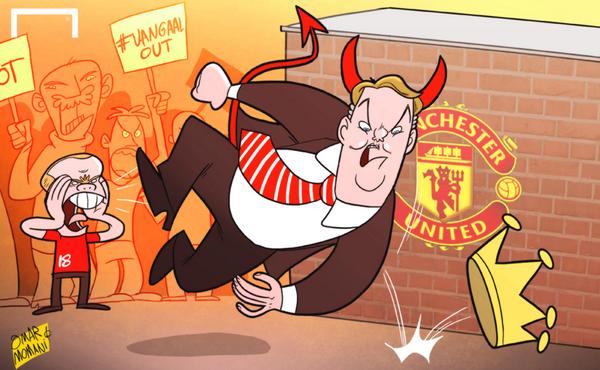 The first couple of games of the season have been difficult to stomach for most United fans. Difficult, yet not surprising. And yes I hear you, we had a promising pre-season. It’s true that some fans got carried away with our string of good results thinking that the form would roll on nicely into the Premier League and beyond. Yet the realist in me knew that things probably wouldn’t immediately become all rosy post-Moyes. Now we’re at the point where the media will cover – mostly negatively – anything and everything to do with the club, its players and its fans. Us.

So where does the blame lie for the shoddy performance so far? Are we all a contributing factor?

We want it all, and we want it now

It’s fair to say that we are used to seeing a certain level of success as a club, whether in the Premier League, Champions League or other cup tournaments. You only need to read the comments by ‘fans’ on the Manchester United Facebook page to get a quick insight into what people are thinking. My favourite one today has to be:

“He just talk about philosophy and I don’t see any result, aparte from the US tour, everything is disgusting.”

That eloquently written comment (the typo isn’t my own) is of course about Louis Van Gaal and the system he wants the team to play.

Which makes me wonder, will we ever be pleased with a manager again? We grew dependent on dear Fergie, and any period after his departure was always going to be a difficult one. So we plodded on through the last season with mostly sub-par performances, and eventually our collective condemnation of Moyes made it impossible for the club to keep him.

Which brings us to the situation today. At first we boasted of our new manager and how he was going to turn the club around, but we’re still waiting for the elusive first competitive win under Van Gaal, and it seems that some fans are getting restless already.

Theatre of Dreams, or Stadium of Silence?

I have no reason to believe it won’t happen soon, but if the Theatre of Dreams remains more like an oversized library, it’s hard to imagine the players getting the inspiration to perform to their full potential. You could argue that some players aren’t giving it their all at the moment anyway, and this is probably true, but as fans we need to keep the faith.

We need to think and behave like our wonderful away fans, who are such an asset to the club. They fly the red flag when everything else is going a bit pear shaped, and I think all other United fans could take a leaf out of their book. It’s so easy to be branded a bandwagon fan if you only ever moan about losing games or being blinded by refereeing decisions – so choose to be a good fan, one who can weather the ups and downs.

After all, we are all part of the United family, and I think each of us plays a part in the club whether directly or indirectly. Season ticket holders who leave seats empty change the atmosphere in the stadium, and fans who take to Twitter to moan really only add fuel to the flames.

Personally I think we should let the transfer window changes happen, and see what transpires in the coming months before we truly make our minds up about this season. Don’t you think? And if we don’t do as well as you expected, maybe it’s time for you to see whether you can do anything to change United’s fortunes before blaming the manager instead.