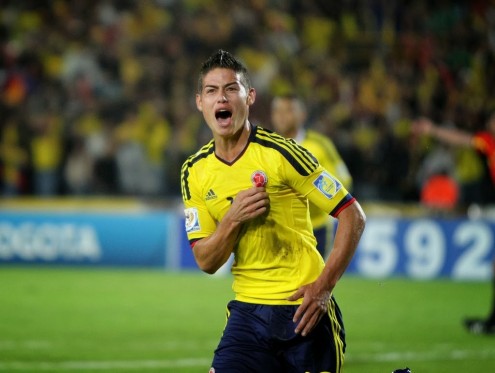 Right now, I think we are all trusting King Louis to make the right moves and restore us to greatness both at home and in Europe.

Watching the World Cup so far has been amazing, with some of the best football I have seen in many years on display. In the past, it has often been a disappointing tournament, but not this year.

One player has definitely stood out: a 22-year-old Colombian named James Rodriguez. As a fan, I would love it if we somehow managed to sign him. He looks like the next major star of world football; he has everything, and whatever we had to pay would be worth it.

My suggestion, which may not go down too well with some, would be for United to offer Monaco Rooney plus a ton of cash for Rodriguez. We could potentially get rid of a player who’s 29, overpaid and, on the biggest stages, overrated, for a young player who could ultimately replace Ronaldo and Messi at the apex of world class football. With Rodriquez currently on around £90k per week at Monaco, we could potentially reduce our wage bill into the bargain.

The other must-have player is Diego Godin. What a centre back he is – like a younger Vidic with added goal-threat. As for Arturo Vidal – he’d also make a wonderful addition to the team in a position we cannot possibly continue to neglect.

While we wait for LVG and Woodward to make their next move, I would love your opinions on a potential Rooney / Rodriguez deal.