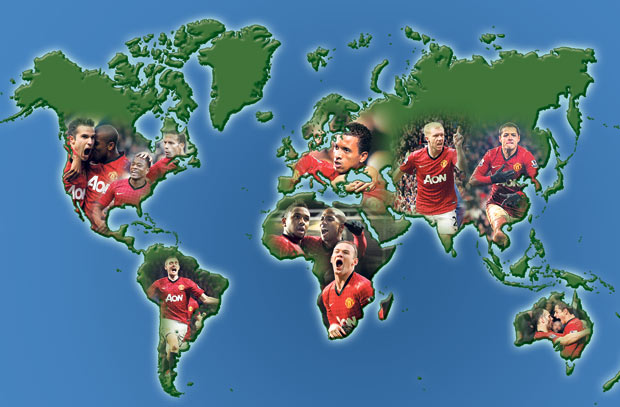 Witnessing 87,000 at the Rose Bowl last Wednesday and 55,000 in Denver yesterday, the vast majority of these 142,000 wearing a replica United shirt, thousands of miles away from Manchester in supposedly not a football mad country, just shows the pulling power United have. And this is the USA, not the Far East.

This compares to the pretty poor turnout in America’s largest city yesterday for the visit of Arsenal – they only attracted a crowd of 25,000 and that against Thiery Henry’s New York Red Bulls.

It clearly shows the huge gap between clubs like Arsenal and United, and the reason why sponsors are willing to pay our club vast amounts of money compared to the income generated by our close rivals. It certainly bodes well for our future, and I personally believe the Glazers deserve a lot of credit for the way they have managed this side of the business. Whilst we still have debt, the long-term future is extremely healthy and we shouldn’t be comparing ourselves to the likes of City or Chelsea, who just happen to have a totally ridiculous financial situation.

As for the game against Roma, it was incredibly hot, played at high altitude at the wrong time of the day, but we looked good in spells. Rooney and Mata scored excellent goals, but our defence definitely looked suspect against better opposition than we faced last Wednesday. I am sure LVG will address this in the coming weeks. The rumour mill is in full swing again today with United supposedly offering £45 million for Di Maria and £39 million for Vidal – I am sure we would all be very happy if these particular rumours happened to be true.