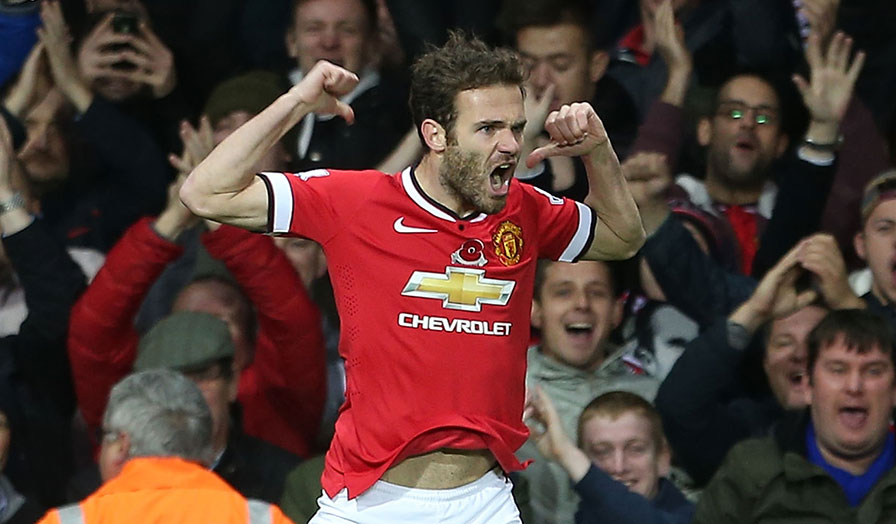 Watching United these days is like walking through deep sand. Frustrating, slow and heavy. Just what is Van Gaal’s philosophy? We had a simple philosophy that served us well for over twenty five years; forwards not backwards, attack with speed and skill, and defend as a last resort but make it count when you do.

In truth, Man Utd had become far less exciting to watch in Fergie’s latter years, but then Moyes came in and tried to completely change the way United played. Defensive, safe and long ball, which just didn’t suit the cavalier way we had played for two decades, sweeping all aside season after season. Attacking defenders and a solid spine of centre halves like brick walls, a strong and creative midfield, fast wingers who could cross on the run, and players that knew where the goal was with their eyes closed.

Today we have seen a game in which the centre halves changed three times: McNair/Blind, McNair/Carrick and then Carrick/Blind. Too many players are out of position; Di Maria wants to play more central and looks a frustrated figure out wide. When he did come central, he played his part in the goal. His distribution has been poor from the wings and corners, which is probably why Rooney took over later on in the game.

Rooney, soon to be United’s all-time top scorer, was playing far too deep, and Van Persie, as well as missing a sitter after Mata hit the post, is really struggling to find that knack of scoring that was so prevalent two years ago.

I do feel for Mata – a decent bloke who speaks well and made the difference when he came on. I cannot understand both Mourinho and Van Gaal’s reluctance to give him a permanent position when he adds so much. Also, kudos to Fellaini – the butt of many jokes last season – he now seems to be starting to repay his fee, and is getting better with every game.

Ajax want Januzaj on loan and I think it’s a good idea. Although he’s wearing the number 11 shirt, right now that‘s where the parallels with Giggsy end. He seems to tie himself in knots on too many occasions. Ryan needs to be telling him to lift his head up, put in a diagonal cross, and let the forwards battle it out. Both Valencia and Januzaj on the right wing are frustrating, and for the players up front, it must be even more infuriating.
For most of the game the fans sang and played their part, and the players should listen to their chants of “Attack, Attack.” There are too many sideways passes, and when we needed to score another goal to seal the victory against one of the lesser teams in the league, we were passing across the goal, back to de Gea and getting nowhere fast. At one point when de Gea received yet another back-pass, he looked visibly angry and pumped the ball aimlessly up field.

The story goes that when Ferdinand first signed, he passed back in training. Keane was having none of it, shouting “This is United son, we don’t pass back, we go forward!”

So, three points in the bag, but yet again a frustrating game with too many players up top, too little in midfield (and with £28 million pound Herrera on the bench), and a defence made up of two midfielders and a winger.

Philosophies notwithstanding, Van Gaal needs to get back to basics. I know we are suffering injuries, but the fact we have no real backups is something the manager has to bear responsibility for. The £20 million loan deal for Falcao, who’s been out for three games injured when we really needed cover in defence, now seems a luxury we can ill afford.