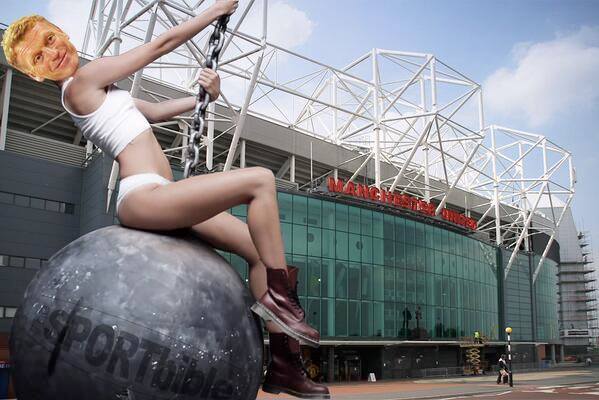 I got up this morning trying to think positively. Maybe this would be the day we show we are still Manchester United. Yes, it’s been a tough season, but that can’t last forever – could today be the moment we start building towards a better season next year, whilst denting any remaining title hopes for our old enemy?

My positivity certainly wasn’t justified. What a shambles we were today, and whilst penalty number 3 was a bad decision by Clattenburg, moments later Sturridge was clearly fouled by Carrick and they could very easily have had penalty number 4. We managed 1 shot on target, and that was in the 44th minute. In truth, if the final score had been 6-0, who could have complained?

We showed no passion, no creativity and didn’t have a midfielder on the pitch who attempted to get close to the opposition. We were totally clueless. What is so concerning is that in 2 months we have turned Juan Mata into an Everton player.

I seriously don’t ever remember a United team this bad, playing with such a lack of belief, inspiration and passion. It took Moyes until the 75th minute to make a change, and obviously the game was well lost by then anyway.

If anyone still thinks Moyes is the right man for this position, they’re clearly taking something very, very strong. This is a total shambles, and even the so-called experts on TV have now suggested that Moyes position is untenable. How can the Glazers possibly consider letting him spend the hundreds of millions that are obviously required to rebuild this squad? Football is now huge money, and the Glazers need to make sure they have the best man possible to rebuild this great club.

The only current United players that look like central figures for the future are De Gea, Jones, Januzaj, Rooney, Mata and possibly RVP. Moyes spent a fortune on Fellaini who wouldn’t even make the bench at any of our rivals, and he splashed some major cash on Mata, who quite honestly has been disappointing since his arrival. With the right manager, though, I’m sure Mata would be a quality player for us.

Moyes, please have some dignity and resign in May. You were never the right man for this position and I know many fans that are questioning whether Ferguson picked you to make him look even more godlike in our eyes than he already was. Moyes, you don’t belong at a club like Manchester United. Everton was perfect for you – they didn’t expect to win trophies. We are all begging you to go because we are not sure the Glazers have the bottle to fire you.

Today was PAINFUL. You are killing the soul of the club – we know we can’t always win, but the manner in which we are losing is what hurts the most.

MOYES OUT. I have said since day one – he was simply the wrong choice.