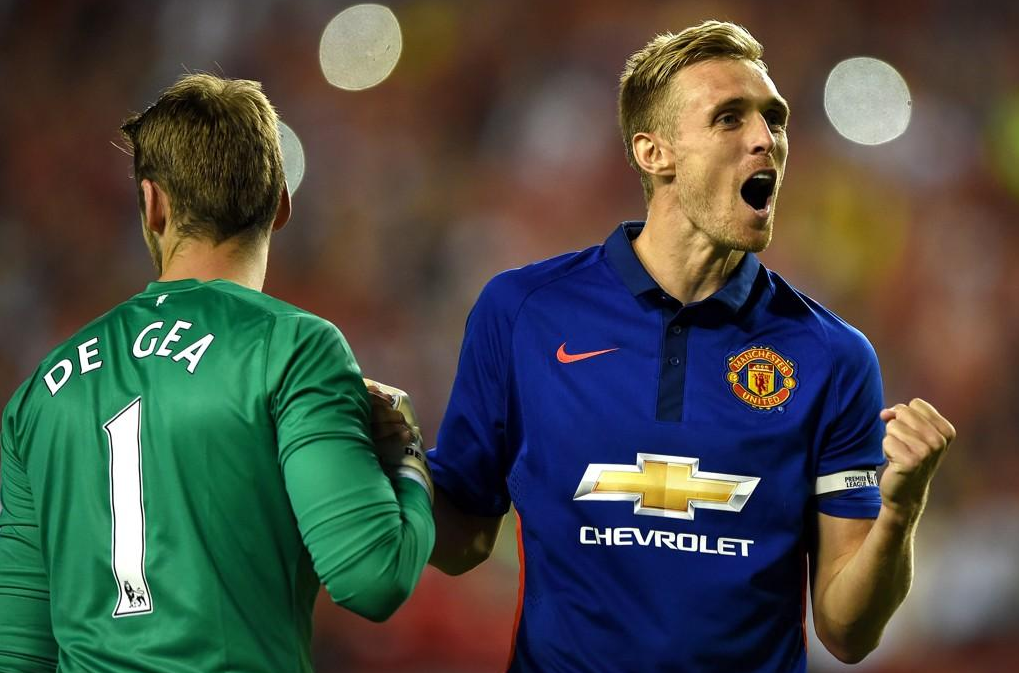 Watching United playing in Washington DC against Inter Milan in a pretty packed Fed Ex stadium again, with 90% wearing United replica shirts, was at times like watching Barca at their best.

Some of the passing and movement was just superb, with Fletcher, Herrera, Mata, Rooney & Welbeck interchanging with flowing pass and move football. It was a joy to watch, and so very different to what we have had to suffer over the past 12 months.

Even Ashley Young looked like a new signing, playing as a left-sided wing back, with Valencia on the opposite side in a position he could yet make his own. With so much pace and attacking movement up and down the flanks, United threatened to open Inter up on numerous occasions, but the killer chance was elusive.

But there was plenty to be encouraged by – United did orchestrate one absolutely brilliant move that involved 22 passes, ripping Inter to shreds and nearly leading to a stunning goal.

If this first half was a taster for next season, I can’t wait, and United fans will be off their seats watching LVG’s brand of fluent and exciting football.

We still looked lively, and Zaha caught the eye playing in an attacking central role, whilst Shaw’s pace down the left looks like it will be a real weapon next season.

In the 77th minute, Chicharito came on to replace Nani, who LVG had obviously seen enough of. The Mexican got a huge reception, as did Vidic when he went off for Inter in the 70th minute. It was somewhat surreal seeing the Serbian lining up for the opposing team, but the fans were full of love for our old defensive destroyer.

In the 82nd minute, United were denied an absolute stonewall penalty when Cleverley was brought down. The 62,000 crowd were not happy with the referee, and LVG even got off his bench to remonstrate with the fourth official. This may have been a pre-season friendly, but the new boss was not here for fun.

De Gea made a fantastic save in the 86th minute to deny Inter from a free kick – it was the first save he had to make, but what a good one it was.

With the match finishing 0-0 after normal time, penalties followed. Young, Chicharito, Cleverley and Kagawa all scored from the spot, before Andreolli missed for Inter, and Fletcher nailed the final penalty into the corner giving United a 5-3 shootout victory.

They were all great penalties by both teams – and what great foresight by the manager to get United practicing penalties ahead of the game.

So now onto Real Madrid on Saturday. It should be a great game and a great test for the LVG machine.