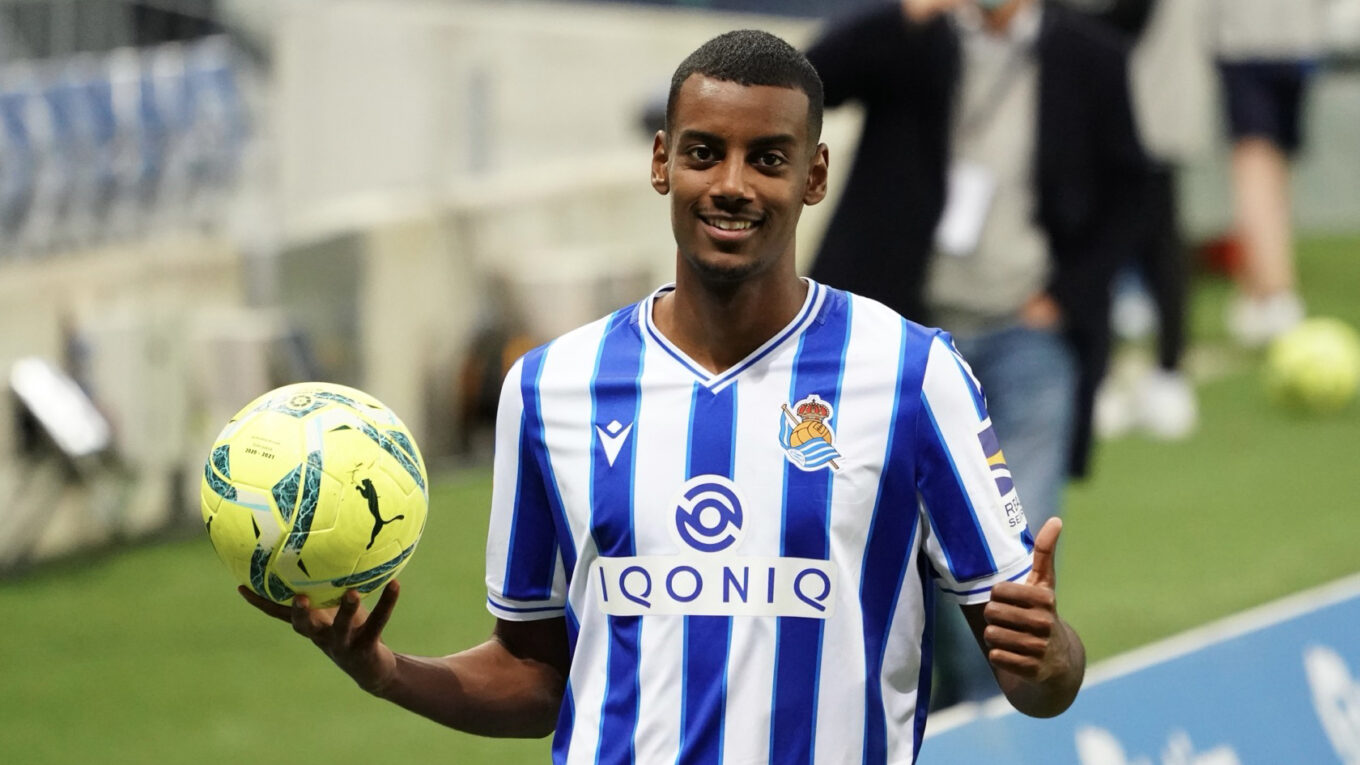 Manchester United are preparing to table an offer for Swedish and Real Sociedad striker Alexander Isak, according to reports in Spain.

Isak has been in fine form both for country and club this term – he’s attracted interest from Man United and Man City but it does appear that United are ready to make a swoop for him at the end of the season.

Odds are in favour of the youngster on online casinos as he scored 17 goals in 34 league appearances last season but he’s yet to register a goal in the Spanish la Liga this season. Regardless, the fact that he’s showed prospect means, he’s firmly on the radar of the Manchester clubs.

Isak became famous after his loan stint at the Eredivise with Willem II from Borrussia Dortmund. He has scored 13 goals in 16 games before joining Real Sociedad in the summer of 2019. Ever since, he’s improved and his form for the La Liga side has been nothing short of barnstorming.

Arsenal have been mentioned as one of the suitors of star who has been dubbed as the heir to Zlatan Ibrahimovic for the scadanavian country. The Gunners are uncertain about the future of Alexandre Lacazette and they are already looking to sign a younger but potent player in his stead.

Meanwhile, Isak penned a new deal with his club at the start of the year, in a deal that pegged his release clause at €90m. Regardless the Manchester clubs are willing to pay the stipulated clause , per reports.

City are desperately in need of a striker after failing to sign a replace for Sergio Aguerro who joined Barcelona last summer. For United, they are spoilt for choice in attack, but they could do with one more forward but potent goal poacher, which lays credence to why they have been linked with a move for Isak.