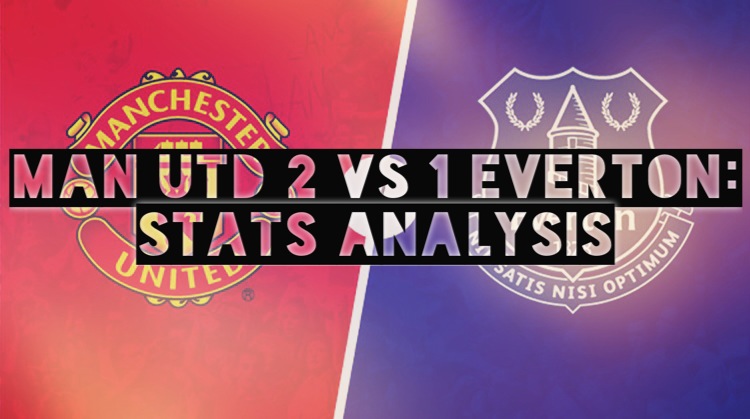 This, was arguably the first big match of the season against a formidable Everton side. Having claimed the 3 points at the final whistle, we look back on the events and statistics of the game.

Overall, possession was shared evenly, with United just edging it with 51% of the ball. Although we saw a lot of the ball during the first half, we spent more time defending in the Second. During the spells of possession we looked pretty dangerous with us creating 12 chances and getting shots 15 times, 8 of which were on target. The accuracy of our passing wasn’t too bad at 86% compared to Everton’s 84%, though (I’m sure LVG would agree) that could be improved as the completion rate is exactly the same as last week against West Ham.

Two goals from two new boys helped the team over the line today, but how did the the fresh additions fare? Di Maria looked brilliant throughout and this is reflected in his statistics. He had 6 attempts on goal, scoring one whilst creating the other for Falcao to steer in. He also managed to complete 86% of his passes and successfully took on his opponent 57% of the time he attempted to. In addition, out of the 12 chances we created, Angel had a hand (or foot) in 4 of them, surpassed only by Luke Shaw who had 6. Falcao also shot at goal 6 times, scoring once. As you’d expect from an out-and-out Striker, his passing wasn’t quite as accomplished as his fellow South-American winger and he only succeeded in taking on a player twice. He may be starting to find his feet though with the Red Devils and offered gratifying glimpses of what we can expect in the coming months.

As we all know, our defence is lacking a little bit; partly down to injuries, and partly down to a shortfall of experience. We didn’t do much to dispel that against an Everton side somewhat lacking in creation on the day. We had to clear the ball 33 times against Blue half of Merseyside and in spite of this they were able to create 7 chances and get 10 shots away.

If it weren’t for a sublime performance from David De Gea, we may not have come away from the game with a victory. De Gea made 4 key saves to Howard’s 3, one of which was denying Leighton Baines from the penalty spot before the end of the first half. He then went on to make two absolutely outstanding saves in the final ten minutes which coincidently, was Everton’s longest and most dangerous stretch in possession. The second save was the result of a pile-driving shot from Brian Oviedo 20 yards from goal which De Gea, recovering from diving to save a shot blocked by Blackett, tipped the ball over the bar with stupendous athleticism and reactions.

Di Maria received the man of the match award 10 minutes before the end of the game, though if it were rewarded 5 minutes later; De Gea would have surely taken the accolade.

This was a promising win for us and now we have a two week break while internationals are played (pffffffff). If when we return to domestic action we can build on this win and look forward to our massive games, this could be a very interesting season.

(Thanks to Squawka.com for the statistics)