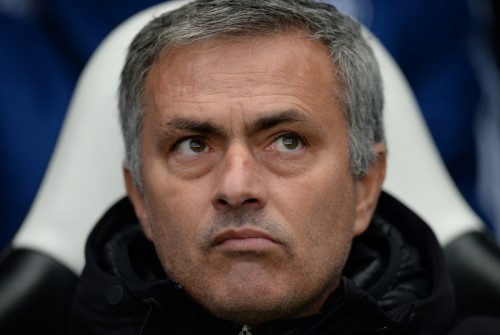 Congratulations to Jose Mourinho and his Chelsea team for defeating City tonight at the Etihad.

A brilliant performance by a manager and his team, who played to perfection to a man. That’s what you get when you have a coach who is arguably the best at his trade.

Despite enjoying just 35% possession, Chelsea put on a counter-attacking masterclass to leave Manchester with all 3 points.

If Moyes was watching, hopefully he learned that you can in fact pass the ball on the ground and win.

What a difference between Jose and David – imagine what could have been had David Gill remained as the CEO, as he was 100% in favour of bringing Jose to Old Trafford, and Jose was 100% ready to take over from Sir Alex.

And we all know what RVP and other senior players would have thought given the choice between Jose and the man who’d won nothing from down the East Lancs Road. It’s hardly a massive surprise what has happened so far this season.

Jose has done all over Europe what other managers must dream of, but he was ready to find a permanent home, and that home should have been Old Trafford. I, like millions of United fans, believe Jose would have continued the success for the club and the fans, and most likely would have taken United to Champions League glory again.

We can’t cry over spilt milk, but if our owners and board think for one second we have a man who can realistically compete with the likes of Pelligrini, Mourinho or Wenger, they need to think again. He just doesn’t have the charisma, experience or the know-how to compete at that level – frankly, it’s like McDonalds recruiting the guy with a burger van outside Old Trafford as their CEO.