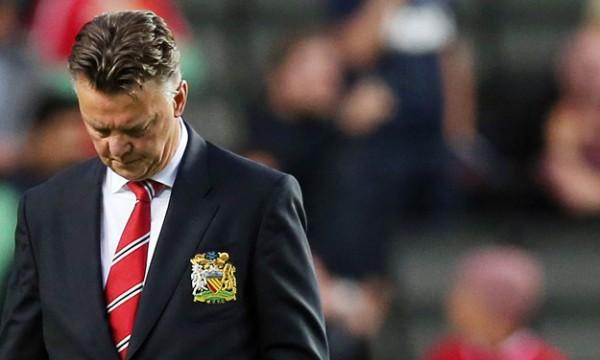 Whilst no one would deny we have bought some great players over the summer, I am seriously questioning LVG having favourites and, like Moyes, playing players out of position.

Marcos Rojo was surely bought as a central defender and not a left back. At left back today he was at fault for the first goal and his poor pass to Mata led to the 4th goal. We spent £30 million on the best left back in the league last season, but he’s sitting on the bench. If Luke Shaw had been playing today at left back, and Rojo in the middle of the defence, I believe neither of those goals would have been conceded. The starting back 4 today should have been Smalling on the right, Blackett and Rojo in the middle, with Shaw on the left. Once Jones is fit, he should be alongside Rojo in the middle.

Clearly, we need a quality right-sided defender and a world class centre back; these have to be top priorities if LVG is to have any success at United. Let’s be realistic – Evans, Smalling and Rafael do not belong on the same team sheet as Di Maria, Falcao, Blind, Rooney, Herrera and co.

As for up front, RVP looks a shadow of the player he was under Ferguson, and I would prefer to see either Mata or even Januzaj playing behind Falcao and Rooney with RVP on the bench. I think on current form it should be Mata, Herrera, Di Maria, Rooney and Falcao, with Blind as the holding midfield player.

Just a reminder to all – this was the first time in Premier League history that United have lost after having a 2 goal lead. It’s not acceptable, and LVG needs to forget favouritism, and drop RVP who contributed nothing again today after scoring that early goal.