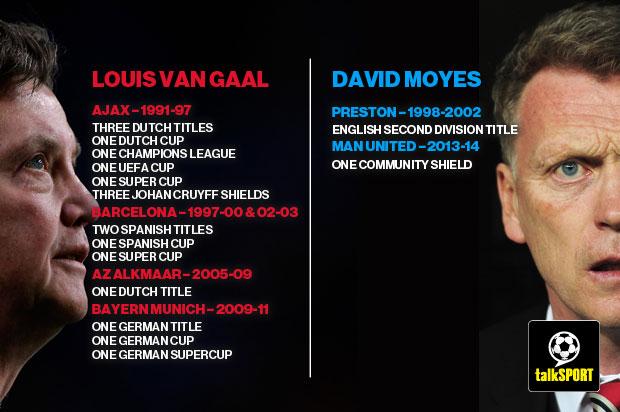 So we’re now into our 3rd week of Mr. Van Gaal, which is as many wins as we’ve had under his management, and I think most of us have seen a marked difference, not only in the style of play, but also the confidence already permeating the club.

Players seem more relaxed, and as another blogger has mentioned, “Van Gaal must be bloody good, he got Young to score two goals!”

Can you believe we scored five out of five penalties against Inter? Slightly better than the Sunderland debacle under Moyes’ watch in the Carling Cup. This is a great example of how Van Gaal’s charisma is already bleeding through the team (plus he had them practicing penalties the day before, which turned out to be the perfect preparation).

But what else is on the horizon for United before the season starts? There is still much speculation about who will join and who will be leaving, and what of our new signings?

From what I have seen from highlights and from the LA Galaxy game (unfortunately that’s the only one that’s been broadcast here in South Africa), Herrera looks a gem, with three assists in his debut game and some great link-up with Mata. Compare that with poor Fellaini, who didn’t manage a single assist last season – a gulf in class I think.

Luke Shaw hasn’t been so impressive yet – I still think £30m was way too much for such an inexperienced player, and his £100k a week contract is yet to be justified! His arrival seemingly forced Evra to leave, and I’m not so sure that was the wisest move. The indications are that this was Woodward’s signing, approved but not initiated by Van Gaal.

According to some reports, we’re still chasing Di Maria – he’d be something of a luxury purchase, but if we sell Nani and Young, that could help cover the costs. Our centre-backs are still an issue, and I would like to see us sign Thomas Vermaelen, but with Barcelona also in the hunt, that could be a close call.

Meanwhile, Fellaini looks set to go to Napoli on loan, with a view to an eventual permanent transfer. No loss there then. And Chicharito is reportedly wanted by Inter Milan, who are offering Fredy Guarin in exchange. Considering there will be little playing time for Chicharito with Rooney, van Persie and Welbeck all above him in the pecking order, as much as we love our super sub, that sounds a good deal.

It would also be nice to see the emergence of some of the youth players that Van Gaal is famous for developing. Reece James made a big impression against LA Galaxy, and there is James Wilson who also played well when given the chance by Giggs. All in all, things are looking very bright for us this season coming.

These next few weeks will be very interesting with more departures and arrivals looking likely, so sit tight and enjoy the excitement that awaits. Doesn’t David Moyes seem a lifetime ago!